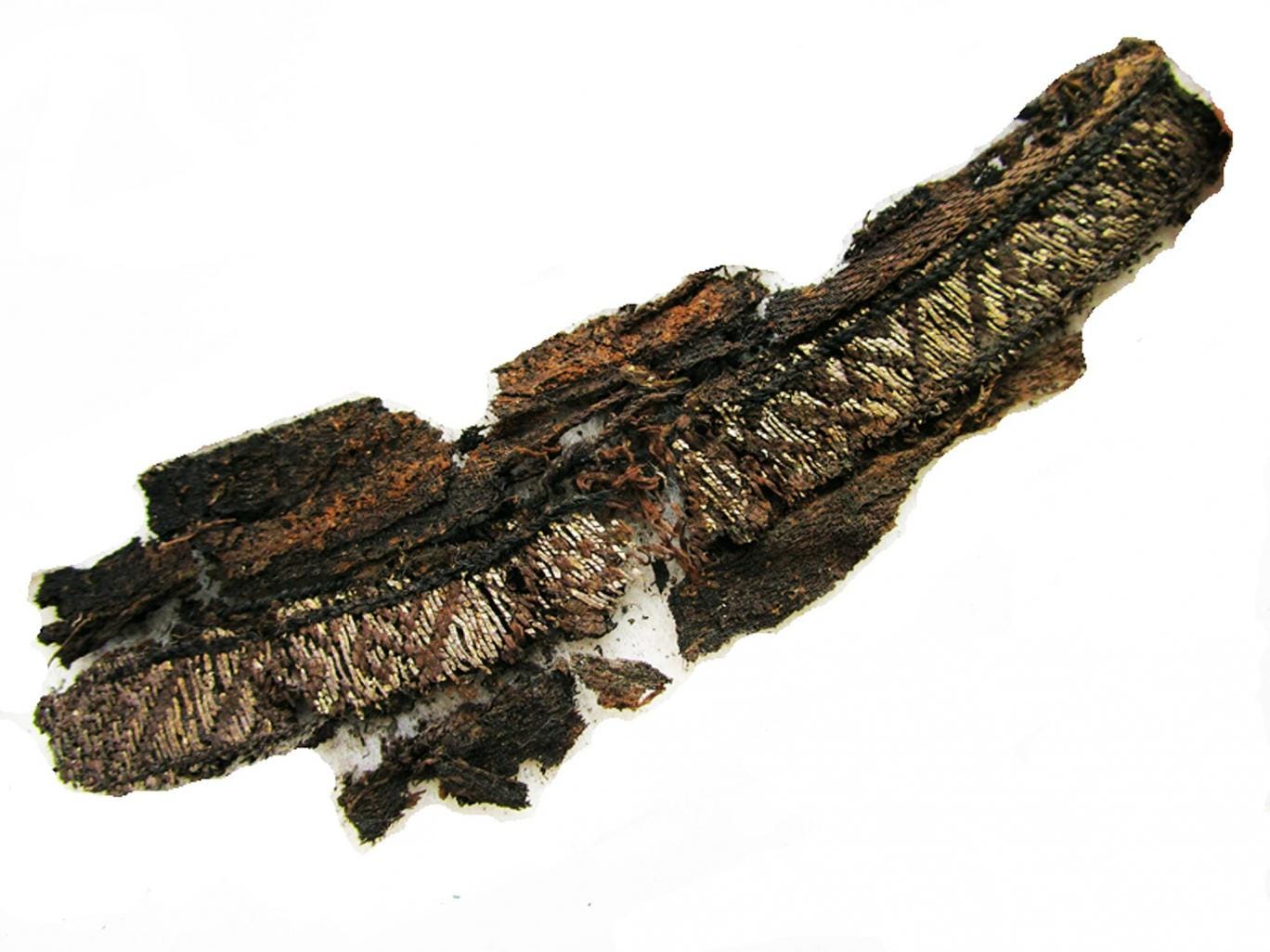 It’s getting so there’s a new bogus, agenda-driven story about the Vikings every week or so. Not long ago it was the story about the “female Viking warrior,” which seems to have been far less than advertised. This week it was the name “Allah” “discovered” in a piece of Viking embroidery. From the English paper, the Independent:

The silk patterns were originally thought to be ordinary Viking Age decoration but a re-examination by archaeologist Annika Larsson of Uppsala University revealed they were a geometric Kufic script.
They were found on woven bands as well as items of clothing, in two separate grave sites, suggesting that Viking funeral customs had been influenced by Islam.

I was skeptical about this story from the git-go. In the first place, the pattern looked like a fairly standard geometrical pattern, very much like the kinds you get from tablet weaving, common in the Viking Age. Secondly, even if the pattern was derived from Muslim script, that does not imply belief. The Vikings had strong trade contacts with Baghdad, to whose representatives they sold thousands of slaves every year. Arabic silver coins (dirhems) are one of the most common objects found in Viking hoards, especially in Sweden. Arabic coins have no pictures, in keeping with Islamic law. Just the flowing, graceful Arabic script. It would be no surprise if the shapes of the letters might have inspired a Viking embroiderer. No religious motive should be assumed.

Now, as expected, there’s been a rebuttal, even more categorical than I expected.

…now a leading expert in mediaeval Islamic art and archaeology has disputed the claim and said the inscription contains “no Arabic at all.”

Stephennie Mulder, a professor from the University of Texas in Austin, said the error stems from a “serious problem of dating”.

She claims Kufic script did not occur until 500 years after the Viking age.

“It’s a style called square Kufic, and it’s common in Iran, C. Asia on architecture after 15th century,” she wrote on Twitter.

Listen archaeologists – I know you want to see your names in the papers. And I know it’s good for your careers to make the most exaggerated claims you can, in the service of multiculturalism. But stop trying to promote your causes by exploiting history.