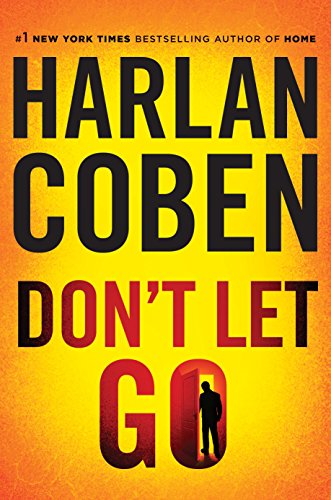 Harlan Coben is one of the best of our thriller writers. Instead of voyeuristic violence and obscenity, Coben specializes in profound moral dilemmas, psychological depth, and generally clean prose. I’m a fan. His latest, Don’t Let Go, is OK, but I don’t consider it one of his best.

Napoleon “Nap” Dumas is a policeman in a New Jersey suburb. He has a minor, unofficial sideline in beating up guys who seriously hurt women and can’t be touched by the law. He’s carrying a lot of suppressed anger, going back to one terrible night in his senior year in high school, when his twin brother and his girlfriend were killed in an accident, and his own girlfriend disappeared without a goodbye.

Now there’s been a murder in the town where he lives. The victim was a fellow cop, killed during a traffic stop. But inside the stopped car a set of fingerprints are found – the fingerprints of Maura, Nap’s long-lost girlfriend.

The old case is opened, and Nap is about to learn that many shocking things were covered up that awful night when his brother died. The cover-ups were not only the work of a shadowy government agency, but of some of his best, most trusted friends.

I was a little disappointed with Don’t Let Go. I thought that author Coben fell into some storyteller’s tropes unworthy of his talent. And I thought the final resolution overly complex and not very plausible.

But it kept my interest all through, and was moving in places. You could do worse.