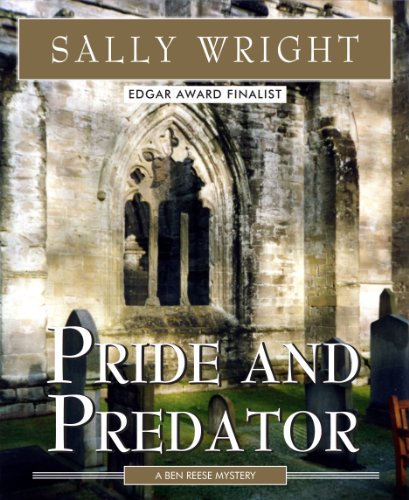 Sally Wright’s second Ben Reese novel, Pride and Predator, takes our American archivist hero to Scotland, where he gets involved in a classic “cozy” mystery.

Jonathan MacLean, a minister of the Kirk of Scotland, is found dead on the island of Lindisfarne (famous in Viking lore, though that’s not mentioned here), killed by an allergic reaction to a bee sting. The fact that he was carrying a picnic basket, in which dead bees were found, is suspicious, as he had never before carried a basket on his walking trips. And it’s hard to imagine who would have wanted him dead. He was a popular pastor, beloved by his wife, friends and family. He possessed no great riches, though he had inherited a title. A few people disliked him, but not murderously. As he uncovers the truth, Ben will find himself working against time to stop a killer before he kills again.

I liked the first book in the series, Publish and Perish, very much. I have to say I was less taken with this one. The cast of characters seemed to me huge, and almost all of them had Scottish names. I had a lot of trouble keeping them straight. There also seemed to be a lot more talking than strictly necessary, and the plot was convoluted.

Still, cozy fans will probably enjoy it (I myself like cozies if they’re well done), and the language is decent and the values Christian. Moderately recommended.