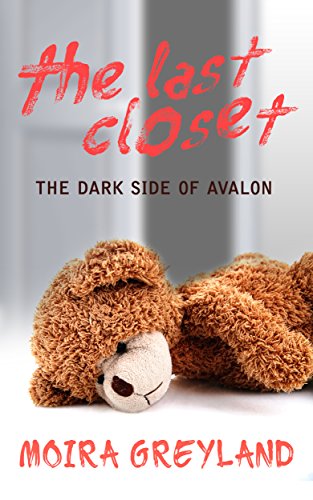 Moira Greyland is the daughter of Marion Zimmer Bradley, the late best-selling feminist sci-fi and fantasy author. A while back I passed along some published revelations about the abusive sexual practices Bradley and her husband indulged in, particularly in regard to their daughter. Just today, Castalia House has released Moira’s book, The Last Closet: The Dark Side of Avalon, in a Kindle edition. [Reviewed here]

Marion Zimmer Bradley was a bestselling science fiction author, a feminist icon, and was awarded the World Fantasy Award for lifetime achievement. She was best known for the Arthurian fiction novel THE MISTS OF AVALON and for her very popular Darkover series.

She was also a monster.

THE LAST CLOSET: The Dark Side of Avalon is a brutal tale of a harrowing childhood. It is the true story of predatory adults preying on the innocence of children without shame, guilt, or remorse. It is an eyewitness account of how high-minded utopian intellectuals, unchecked by law, tradition, religion, or morality, can create a literal Hell on Earth.

THE LAST CLOSET is also an inspiring story of survival. It is a powerful testimony to courage, to hope, and to faith. It is the story of Moira Greyland, the only daughter of Marion Zimmer Bradley and convicted child molester Walter Breen, told in her own words.

Moira Greyland is a born-again Christian today. I bought her book within minutes of its announcement. This, in my opinion, could be just the book we need at this time in history. If not, it’s a good thing to set the record straight on any day.