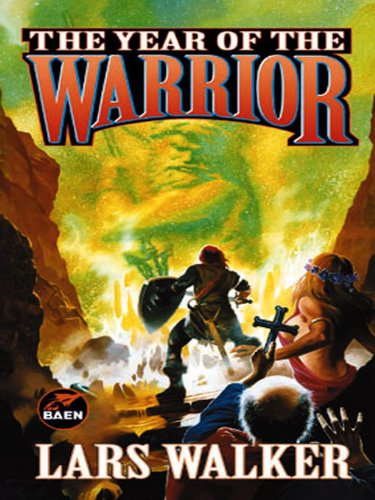 Had a very nice moment on Facebook today. One of my readers posted a list of novels that affected his life, and The Year of the Warrior was at the top of the list. He said, “Each of these moved me spiritually and intellectually. I connected with the characters and the story surrounding them, and finished the book feeling emotionally deeper in my understanding of the world and others.”

Mark Twain said something along the lines of “I can live a whole month off a good compliment.” I think my food budget should be covered for most of June.

In a related matter, I guess I’ll mention that I’ve decided to bring out paperback versions of some of my novels through Create Space. (Actually Ori Pomerantz is doing the real work.) I’m starting with The Year of the Warrior, because then I’ll be able to sell it along with West Oversea at Viking events and have them in sequence. Hailstone Mountain should come later.

The e-book of TYOTW is published by Baen, but it turns out I have full rights to publish a palpable version. Can’t use Baen’s cover though, so our friend Jeremiah Humphries is working on a new one.