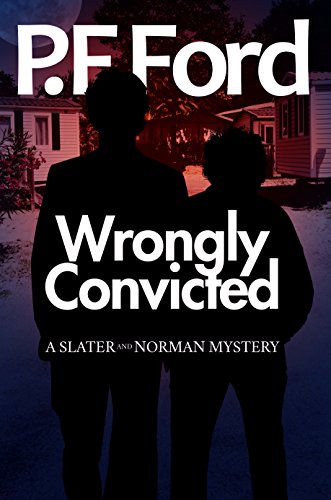 P. F. Ford’s Slater and Norman series has been reading candy for me for some time now. The books are not demanding, but they’re cheerful and likable. The previous book in the series showed signs of a rushed release. Wrongly Convicted was better.

Former police detective Dave Slater comes back to England from a vacation in Thailand and decides to join his friend Norman Norman in his private detective agency. Business isn’t quite booming, so they’re happy to be approached by a woman whose husband was convicted ten years before of murdering another woman. She is convinced he’s innocent, but her source of information is dead. Now she asks them to find the real murderer.

It’s a feature (or bug) of this series that secondary characters tend to change in serious ways between books. This time out, Slater’s girlfriend “Watson,” who went with him to Thailand, turns out to be something he never suspected. The police come to question him after the car he loaned her turns up demolished by a bomb.

Wrongly Convicted isn’t top-tier fiction, but I liked it and always enjoy a new release in the series. I thought the conclusion was a little artificial, but not enough to complain about in terms of the genre. Only minor cautions for adult themes.