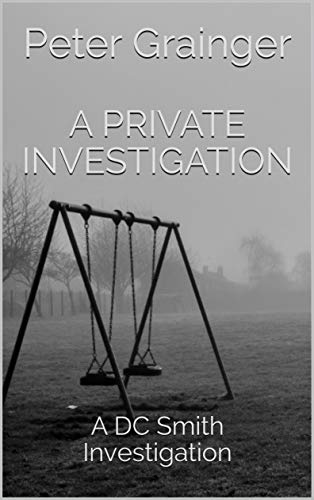 Bittersweet. The last of a good thing is always bittersweet, and Peter Grainger’s DC Smith books have become one of the small pleasures in my life. This one may be the last in the series (though the ending is ambiguous).

As A Private Investigation begins, Detective Sergeant D.C. Smith is rapidly approaching mandatory retirement, two weeks away (it was a little weird for me to start this book just as I was two weeks away from the end of my own job). Smith is keeping a low profile, tidying up the records on his last case. No one expects him to do any serious investigation; he’s just filling time. His old team has been broken up. His new superiors, one a former subordinate, the other a long-time rival, are keeping their distances.

And then a teenage girl disappears. It strikes Smith as odd that his career should end with the abduction of a young girl; that’s what his first major case was.

But then there’s a shock – a connection is discovered between that old first case and this present one. Which does not impel Smith into action – that would be against regulations. But he pays attention, and gives his friends on the case some useful pointers.

But that won’t be enough. Someone is preparing a final showdown. D.C. Smith’s career will not end quietly.

I very much enjoy this whole series of books. D.C. Smith is a fascinating, engaging character – reserved, ironic, quirky, but beneath it all a man who truly cares about victims and the justice due to them. Also, here and there, author Grainger throws in hints of a conservative world-view.

There may have been some bad language, but I don’t recall any. I really have no cautions for you. I enjoyed A Private Investigation, and recommend you read the whole series.

Who knows? There may even be another book.

One thought on “‘A Private Investigation,’ by Peter Grainger”