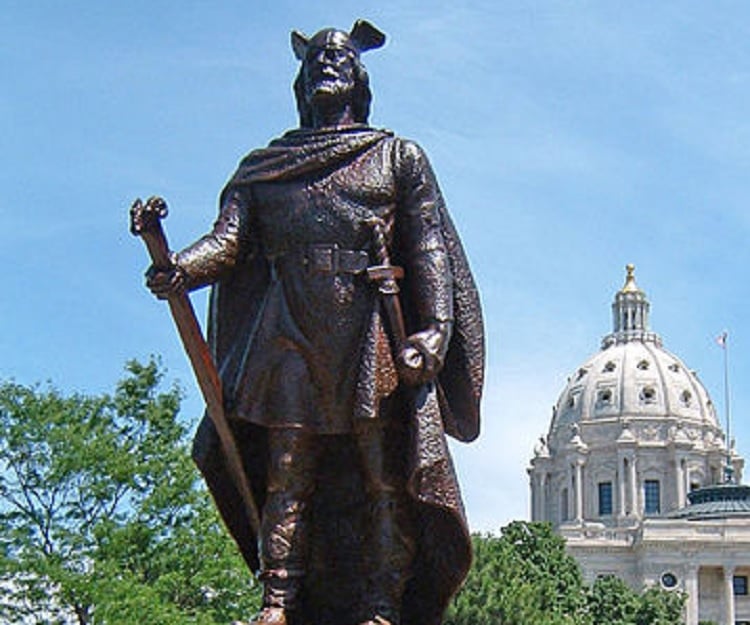 Leif Eriksson Day 2018. A day America pauses to… pretty much do nothing. Various Scandinavian groups have small celebrations sometime around the date (I’ll be speaking at one on Saturday, and it’s a good one) but the Leif Eriksson parades are few, and nobody gets a school day off.

However, as Christopher Columbus rapidly becomes an Unperson and an Enemy of the People, Leif seems to be gaining ground. Not by winning, but by losing less. For now.

I’m frankly a little embarrassed by most of the comparisons between Leif and Chris. It was fun when Columbus was riding high, and Scandinavians could pretend to be unfairly overlooked. Now it’s just kind of like kicking a guy when he’s down.

So here’s a moment of respect for Cristóbol Colón, who did not intend to genocide anyone. He intended to spread the Kingdom of God, and to save Europe from economic strangulation by the Islamic world. He was successful at both – at least until recently.

Big men do big things. Columbus did pretty big stuff. You can spit at the castle your grandfather built, but knocking it down will take some work. And it will leave you poorer.