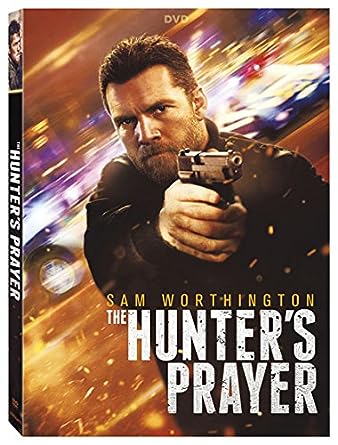 Some time back I reviewed Kevin Wignall’s novel, The Hunter’s Prayer. I like Wignall’s work, and judging by my review, it was an interesting story that took a somewhat shopworn premise in unexpected directions. We’re used to stories about hit men who have a crisis of conscience and decide to save a target. In this book, a hit man saves a young girl, but then their paths diverge, going in surprising – and shocking – directions.

The movie version, which I watched on Amazon Prime the other night, does not follow the book very closely. It starts right – a teenaged girl in a private school in Switzerland (Ella Hatto, played by Odeya Rush) is attacked in a nightclub along with her date, but they are suddenly rescued by an efficient professional killer, Stephen Lucas (Sam Worthington). They go on the run, but contrary to the book the boy soon bails out. And the story after that runs along conventional action movie lines. The climax, though featuring plenty of violence and shooting, is pretty predictable.

My own judgment, as a storyteller only peripherally connected to the movie industry, is that the filmmakers had the choice of being faithful to the book and doing something dangerous and unconventional, or sticking to tried and true patterns. They chose the safe route, and came out with an adequate action film that no one will remember much a few hours after it’s over.