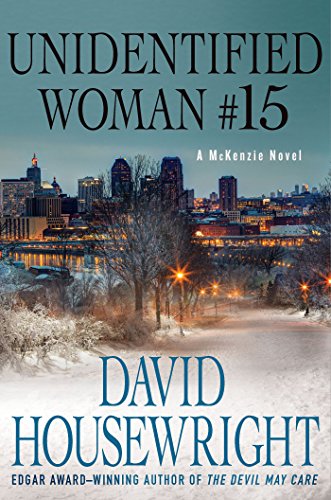 “She’s a good person.”
“How can you tell?”
Nina tapped the center of her chest.
“The heart never lies,” she said.
“Of course it does. That’s what’s wrong with it.”

Coincidence is a very bad story element, if you resort to it to solve a plot problem within a story.

Coincidence can work just fine, though, if you make it the jumping-off point for a story, and build the conflict on top of it. Because coincidences do happen in life; just not generally when it’s convenient.

It’s a coincidence that criminals trying to kill a woman by throwing her out of the back of a pickup truck to be hit by a car, should toss her into the path of a private eye with a Don Quixote complex. But that’s how David Housewright starts Unknown Woman #15, the next book in the McKenzie series. The accident happens, by the way, on Highway I-94 where it passes from Minneapolis to St. Paul, a spot I know pretty well.

The pretty victim is injured, but not killed, thanks to “Mac” McKenzie’s quick thinking. But she suffers (or claims to suffer) amnesia from the trauma. She ends up staying in Mac’s condo, with him and his girlfriend Nina, after her release from the hospital. They both like her tremendously, but Mac can’t suppress his suspicions, which only increase when she suddenly vanishes, and people start getting killed. Following up a few clues she dropped, he begins to unravel her true identity – and the disturbing reasons why somebody wants her dead.

Unknown Woman #15 actually follows a classic Noir template (I won’t say which one). I found it riveting, though the story was fairly downbeat, like any Noir. Author Housewright once again takes a shot at Minnesota’s concealed carry laws (and again paradoxically carries a gun past a “guns forbidden” sign), which annoyed me. But all in all I liked Unknown Woman #15 quite a lot.

Cautions for the usual.