“It is easy to think the State has a lot of different objects — military, political, economic, and what not,” Lewis wrote. “But in a way things are much simpler than that. The State exists simply to promote and to protect the ordinary happiness of human beings in this life.”

Peter Wehner of the Ethics and Public Policy Center shares some good thoughts from C. S. Lewis about Christians in the political world, but I think I may have strong disagreements.

Certainly, to create a specifically Christian political party could cause problems, because while the Bible has many applications to civil society, it does not give us a platform for twenty-first century governing. Wehner says Lewis “believed that theocracy was the worst form of government and detested the idea of a ‘Christian party,’ which risked blaspheming the name of Christ.”

I can see that danger, but who among us is even capable of establishing a theocracy? If God were to descend on Washington D.C. and declare his regulations from the Lincoln Memorial, if he were to charge his followers with discipling those who refuse to obey him and blessing them with divine gifts for carrying out his will, then we would have a theocracy. What are the Lord’s trade and immigration policies? How does the Lord want us to handle our crime-ridden cities? Let’s ask him directly.

No. We can’t get there from here. We could set up a “Christian” party. I’m pretty sure we have. And we have several Christian candidates for various offices, but none of them can reconstruct our government to submit to the direct decrees of God. What Wehner and Lewis, I suppose, are criticizing is a government ruled by priests who claim to speak for the Almighty–the Holy American Empire, in other words.

And yet should Christian lawmakers support Christian morality in the laws they write and endorse, or are we going to pretend that laws generally have nothing to do with anyone’s morality or that morality is a matter of personal preference, not demonstrable reality? 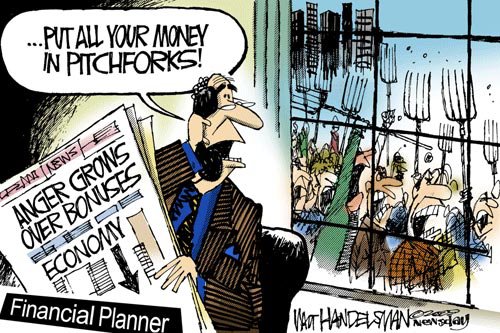 Christians in government have many biblical principles to which they can appeal for guidance in running their campaigns and accomplishing their duties. One of them is Micah 6:8.

He has told you, O man, what is good;
and what does the Lord require of you
but to do justice, and to love kindness,
and to walk humbly with your God?

Walking humbly with God would naturally require one to understand the limits of his perception. No one can speak for God, but he can apply God’s Word to the best of his ability. Can we ask anything less of any politician?

Every law is a moral law to some degree. Every law legislates a moral principle at some level. It isn’t slouching toward theocracy to apply religious principles to public policy. Are our many welfare entitlements compassionate support or paternalistic entrapment? When businessmen argue in favor of enabling Iran to proceed build their nuclear infrastructure in exchange for the purchase of new airplanes, is this an amoral deal or a situation that requires mature moral judgment?

The state may exist to promote and protect our ordinary happiness, but defining that happiness and who should have it takes a mature morality. I want public servants who have had their morality formed by the Bible, who recognize pride for what it is, and provoke the country to live out justice, kindness, and godly humility. That’s nowhere near a theocracy. It’s just good governance.