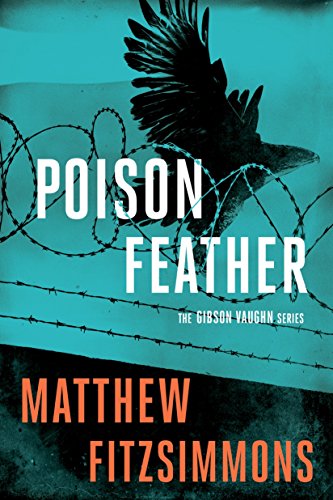 Many people, some greedy, some Merrick’s victims, suspect he still has a lot of money squirreled away somewhere (they are correct). A large number have gathered in the moribund town of Niobe, where the prison is located, to intercept him when he goes free.

Among those people is Gibson Vaughn, former Marine and master computer hacker, hero of the series. Gibson has no personal interest in the matter, except that an old judge, who once did him a valuable favor, lost his own money and his family’s to Merrick’s schemes. Now the old man is suffering dementia, and his sleazy nephew – along with a redneck friend named Swonger – extort his help in getting their money back, against threats of abandoning the old man on the street.

Contrary to his better instincts, Gibson agrees to try. Along the way he forms an alliance with a local bartender named Lea, a beautiful woman who knows more than she lets on. There are lots of players on the board, and the book is like a neatly constructed mechanism of many interlocking parts, all clicking together in sequence. Particularly interesting is the character of Swonger, who at first appears a cliché, but gradually reveals surprising qualities, making him increasingly appealing to the reader. Author FitzSimmons also knows how to turn an elegant phrase: “At the liquor store, a tumbleweed dog aloof on its haunches watched him go.”

The only thing I didn’t like is that there’s a cliffhanger at the end. I’ll have to wait a year to find out what happens next.

Highly recommended. Cautions for language and violence, but not bad. This is a top-level mystery/thriller.