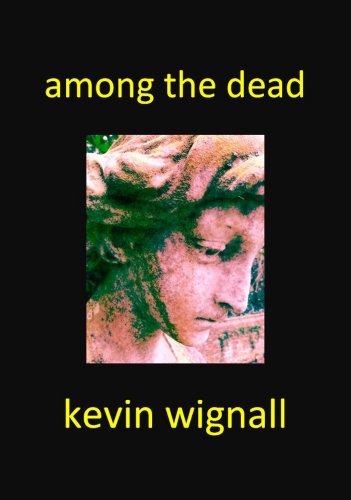 ‘…A death, it’s quite something to deal with. Ultimately that was our problem – we were shallow, just not shallow enough.’

The most profoundly moral kind of book, I think, is a genuinely realistic story about immorality. It’s easy for moralists (even, or especially, Christian moralists like me) to say what people ought to do in this or that situation. But the disturbing question is, “Would I really do the right thing? Especially if it was hard and embarrassing? Or how far would I go to cover it up?” Those are among the questions raised by Among the Dead, a fascinating novel by Kevin Wignall.

Ten years ago, five university student friends in England were driving from a party, all of them a little drunk, when their car struck a young woman who darted into the street. Since she was dead anyway, they agreed they couldn’t do anything to help, and reporting the accident to the police would only cause unnecessary trouble, doing no one any good.

Now, ten years later, they are generally out of touch with each other. They’ve tried to forget the past – with mixed success. When one of them dies of an overdose, Alex, a sleep researcher who suffers from insomnia and night panics, tries to get in touch with the others, to let them know.

But more deaths are coming. Is it coincidence? Or is someone killing the group off, a decade after their crime?

Among the Dead wasn’t a cheery read, but I found it fascinating and challenging. I recommend it for serious readers. Cautions for language.

One thought on “‘Among the Dead,’ by Kevin Wignall”