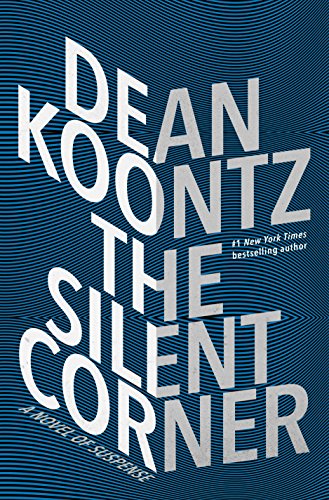 One of my few gripes with Dean Koontz is that he has bought 100% into the “butt-kicking female heroine” meme, in which tiny little women who look like models serve as action characters. The Silent Corner is premised on a character of this kind, but I must say Koontz makes it work here.

Jane Hawk, the heroine, is an FBI agent on leave following the suicide of her beloved husband. He was a happy, successful military officer, bound for a political career, when she found him dead in his bathtub one day, having left behind a note that made no sense.

Partly to relieve her pain, Jane started doing research on suicide. She discovered that suicide rates have been rising steadily for the past few years, and that a surprising number of promising, idealistic, and apparently happy people have stunned their families by killing themselves. One day she got a visit from a strange man – she thinks of it as a “courtesy call” – who told her that if she didn’t lay off, “they” would kill her and do worse than killing to her young son.

Jane doesn’t have it in her to quit. She hides her son with people she trusts, who have no traceable link to her, and embarks on a dangerous investigation. She doesn’t have much hope of success as she gradually learns the wealth and power she’s going up against, as well as the horrific plans these people have for all of humanity. But better to die trying than do nothing. These people will eventually kill her and her boy, she calculates, even if she leaves them alone.

One generally expects a supernatural element in a Dean Koontz novel, but The Silent Corner is pure dystopian science fiction. It’s fast and sharp and scary and touching, written with grace. It’s the first book in a series, and I look forward to the next one, The Whispering Room.