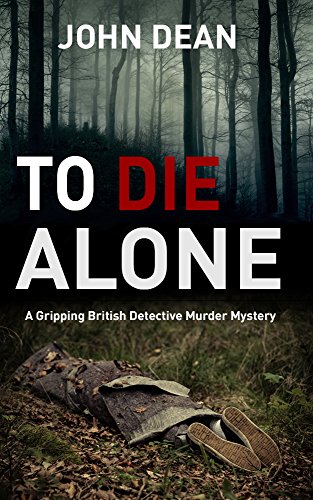 Without going to all the bother of doing a serious, scientific survey, I get the strong impression that British crime fiction is becoming heavily “Midsomerized” just now. By that I mean that nobody really wants to read about what’s going on in the urban centers, so people are opting for stories about crime in small English communities, where the suspects are generally white and the situations less fraught with political deadfalls.

There are several such series to choose from, and I’ve reviewed books from a few. This time I gave a shot to John Dean’s (not the American Watergate figure) Inspector Harris series. And it wasn’t bad at all.

Jack Harris (his nickname is “Hawk,” but don’t do it without his permission) is a detective chief inspector in the fictional hamlet of Levton Bridge in the northern Pennines region. A former soldier, he’s smart and strong and shrewd. He worked for a time in London, but eagerly took the opportunity to return to the village where he grew up, because his deepest love is for the nature of the region, and for wildlife. Each book in the series, I gather, involves some crime against animals.

In To Die Alone, a man does just what the title suggests. He’s found dead in the woods, possibly struck by a tree in a windstorm, but in fact stabbed to death. Soon after that his dog is found, terribly mauled by some animal, probably another dog. That suggests to Harris a connection to a dog fighting ring which he knows to be operating locally. And that leads to illegal gambling, and the world of exotic animal smuggling. All the time Harris tries to keep his commander (whom he despises) in the dark while directing his two subordinates – a transplanted Cockney who yearns for the bright lights and a callow young female detective.

Jack Harris should have been more annoying to me than he was. I dislike people who care more for animals than humans, and Harris is clearly one of those. However, he isn’t painted as a paragon, and he came off quite sympathetically (most of the time). The writing is very good as well.

Recommended, with mild cautions for the usual suspects.

One thought on “‘To Die Alone,’ by John Dean”