The winners of the 2010 Locus Awards have been announced. Winner of best fantasy novel is this metaphysical mystery by London author China Miéville:

, by Cherie Priest, who earned her college degrees in my part of the world (I just learned).

Also of note: there’s a new contest for new novelists of the U.K. and Ireland. It’s The Terry Pratchett Anywhere But Here, Anywhen But Now Prize. Wild acclaim and fortune will attend the winners of this soon-to-be prestigious honor.

“It’s so hard to watch these Americans, who have so much, toss it away by voting for imbeciles. I am American now and these people have no idea how good they have it.” Kevin Jackson posts an conversation he had with a Ukrainian businesswoman who was a Republican, because she knew where liberal ideas led.

What ‘To Kill a Mockingbird’ Isn’t

Allen Barra writes, “Georgia had Flannery O’Connor and Carson McCullers; Mississippi had William Faulkner and Eudora Welty; Louisiana inspired the major works of Kate Chopin and Tennessee Williams. Alabama had. . . Well, while Zora Neale Hurston and Walker Percy were born in Alabama, those two great writers didn’t stick around my home state for long. And as for Harper Lee—Alabama born, raised and still resident—she doesn’t really measure up to the others in literary talent, but we like to pretend she does.”

I heard the author talk about the ideas in his book on Brian Kilmeade’s show this morning. He was the one who broke the story on Obama’s long-time radical pastor. That’s what starts this video. Negrophilia: From Slave Block to Pedestal – America’s Racial Obsession

look to be an enlightening book.

I attend a Lutheran congregation in north Minneapolis, one that belongs to the church body I work for. It’s large but not huge. The senior pastor has made himself visible in the media for a number of years as a critic of the liberal church, and of modern trends such as universalism, women’s ordination, higher criticism of the Bible, and the normalization of homosexuality. He is a single man.

Last night, while watching local news on television, I discovered that he’d been “outed” as a homosexual.

According to the news accounts I’ve seen (emanating from liberal sources) he was discovered attending a support and accountability group in a Roman Catholic church. He was speaking honestly, to men he trusted, about his struggles, slips, and temptations.

In other words, he was doing precisely what people on our side of the argument say a man in his situation ought to do. He is the very opposite of a hypocrite.

On the basis of the accounts I’ve read, the “journalist” who produced the story infiltrated this accountability group, lied about his purposes, and then broke the promise of confidentiality he made to get in.

The television story pretended to be a high-minded think piece about whether it’s ever appropriate to “out” someone against their wishes.

I don’t believe that was the real purpose of the story. I believe it was to splash my pastor’s picture all over TV screens in our state, with a metaphorical scarlet letter on his chest.

My pastor has my full support, and my prayers. God bless him, and all godly men in his situation.

Well, that’s serendipity. Phil links to a source of good book illustration, and I just found a source of bad science fiction book covers. Of which there is apparently an inexhaustible supply. Thanks to Loren Eaton of I Saw Lightning Fall for the tip.

I haven’t gone through the entire inventory, so I don’t know if they’ve included a particular cover that even its publisher admitted, in the cold light of the morning after, was probably a mistake: END_OF_DOCUMENT_TOKEN_TO_BE_REPLACED

Looking for prints from great illustrated books of your past, like this one of The Flying Dutchman by Graham Coton? Look no further.

Blog friend (but dire enemy of Lars Forkbeard) Hunter Baker says he “agreed to do an essay on The Communist Manifesto for John Mark Reynolds new Great Books reader.”

Beloved Pictures has announced it is developing an adaptation of N.D. Wilson’s “100 Cupboards” trilogy. Wilson is also adapting C.S. Lewis’ The Great Divorce and appears to have a head of steam behind it. According to this article, The Screwtape Letters has been “developing” for several years. I wonder if studios are balking at its Christianity.

To really write properly on this subject, I should have read all five articles, but I only read the first in this series linked by Grim at Grim’s Hall. It’s about scientists who are studying the mystery, not only of not knowing, but of not knowing that we don’t know certain things. In other words, problems we don’t solve because we’re not aware of any problem—even when we have to live with the consequences of not solving it.

DAVID DUNNING:  Well, my specialty is decision-making.  How well do people make the decisions they have to make in life?  And I became very interested in judgments about the self, simply because, well, people tend to say things, whether it be in everyday life or in the lab, that just couldn’t possibly be true.  And I became fascinated with that.  Not just that people said these positive things about themselves, but they really, really believed them.  Which led to my observation: if you’re incompetent, you can’t know you’re incompetent.

END_OF_DOCUMENT_TOKEN_TO_BE_REPLACED

Laura Miller of Salon.com says if the predictions of a wonderful world of self-publishing materialize, average readers will have a very large pile of poor writing to weed through. She describes reading The Slush Pile, that growing mound of unsolicited manuscripts that some publishers assign to an editorial peon.

Miller writes that we on the outside of publishing should fear what we don’t know: “Civilians who kvetch about the bad writing of Dan Brown, Stephenie Meyer or any other hugely popular but critically disdained novelist can talk as much trash as they want about the supposedly low standards of traditional publishing. They haven’t seen the vast majority of what didn’t get published . . .”

In a world where any manuscript can be published and placed with online retailers, readers will suffer. Reading bad writing can hurt. “[I]nstead of picking up every new manuscript with an open mind and a tiny nibbling hope, you learn to expect the worst. Because almost every time, the worst is exactly what you’ll get.”

The Thinklings report that there’s a deal to film C.S. Lewis’ The Great Divorce. The people who made “The Stoning of Soraya M.” are part of the project. The links are a rabbit hunt, so I’ll just link to their post.

I have a hard time thinking of a more naturally un-cinematic novel than The Great Divorce.

But they have my good wishes.

Jeffrey Overstreet writes, “I finally saw The Secret of Kells. Wow. I haven’t been so hypnotized and enthralled by animation in a very long time. It’s remarkable how, in this era of increasingly lifelike digital animation and 3D, something that seems handmade can still work the most powerful magic.”

He interviews critic Steven D. Greydanus, because he’s troubled by the film. “Had I just watched a film about The Book of Kells that never once acknowledged what is written on the book’s pages?” 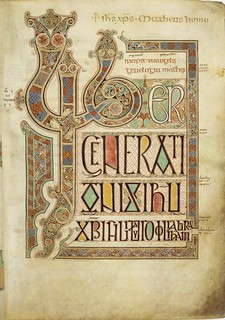 Here are five things that we think should never change in journalism.

A brief guide to totalitarianism with illustrations, republished by General Motors, originally authored by Friedrich A. Hayek (via Andrew Napolitano/Twitter)

For the record, I received a copy of Thomas M. Sipos’ comic horror novel Hollywood Witches by way of S. T. Karnick of the American Culture, for review purposes.

I love a good Hollywood story. The town’s like an old trollop with a million tales to tell, proud of her very corruption. Not for nothing is the Hollywood fable a traditional setting for morality tales (a triumph of hypocrisy in itself).

Thomas M. Sipos’ novel shows considerable promise and delivers a number of laughs, but gets weighed down by its lack of narrative discipline.

The chief eponymous witch of the story is Diana Däagen, a figure of satire, gargantuan in her vices and terrifying in her lack of self-awareness. A failed actress, she now works as “development executive” in a movie studio. She believes herself intensely spiritual and full of love for all humankind, but that doesn’t prevent her from treating her underlings like dirt, using black magic to thwart or kill her enemies, and planning to murder thousands of people at once—all for enlightened, politically correct purposes, of course.

There is no subtlety in Diana’s character. If you like characters in novels, even bad characters, to have sympathetic sides, you won’t find one here. Diana is pure black-hat witch, evil all through.

But of course she’s a Hollywood production executive, so that doesn’t strain credibility much. END_OF_DOCUMENT_TOKEN_TO_BE_REPLACED