Reese Whitherspoon has taken up the challenge of recommending books to fans and followers. Vox says it is an extension of her personal image. “Witherspoon’s star image is based on the idea of Witherspoon as smart and driven and bookish — in a funny way, a likable way.”

Some of her selections have sold hundreds of thousands, which is very exciting for those select authors; but this article has a remarkable detail about the book industry as a whole. It says that with 300,000+ new titles published in the US every year and 2,200,000+ published worldwide, readers want to get recommendations from celebrities they trust.

But here’s the shocker. Though sales of selected books soared when Oprah picked them, the overall sale of books that year stayed within expectations. “Exactly as many people bought books as were already going to buy books.” More readers are reading certain books, but apparently more people are not reading. Or at least they are not buying books to read.

In 2018, Pew Research reported that three out of four Americans read one book in any format last month, and that rate has been steady since 2012. 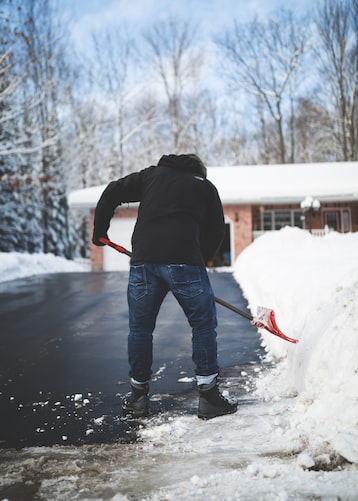 If you’ve had your head oriented in the right direction today, you probably caught the sound of Midwesterners bewailing yesterday’s snow storm. These April storms, though hardly unprecedented, always seem (as T. S. Eliot noted) “cruel.” The vernal equinox passes. Easter has been celebrated. Now what’s left of the snow is supposed to decently fade away, like old soldiers. Instead we got a nice big container load of it, and the drive to work this morning was a white-knuckler (coming home was fine. The April sun was strong enough to clear the streets and dry them off too).

But I looked at it all, and I thought of my ancestors (you do that when you have no offspring, I guess). And I thought, “A spring like this might have meant starvation to those folks. By this time of year those old peasants had nearly eaten through their stored winter food. The dried cod was running low, the flatbread was moldy and mouse-nibbled, the barley porridge was getting to be more water than meal. If you couldn’t hunt something or catch some fish soon, the pickings would be lean. You might have to eat the seed grain, or slaughter one of the pigs you’d planned to breed.

So I really haven’t got any cause to complain. My food problem is eating too much of it. END_OF_DOCUMENT_TOKEN_TO_BE_REPLACED

Family Christian Stores are closing. The company president said they could not compete in today’s market.

B&N sales are slumping. They report having success with educational toys and games, but still need to grow sales in general. The CEO says they are testing many ideas and some newly designed stores are working well. “He said B&N is ‘on the eve’ of developing a new prototype store ‘that we think will carry us well into the future,'” reports Publishers Weekly.

What do you think about the physical bookstores? Are they yesterday’s shopping venue? Will they go the way of Woolworth? What would you like to see in a local bookstore that would attract your business?

My only thought is that if a company like B&N could gain the reputation (reality aside) of having the book you want when you want it, readers would run to that. That may be too much. Perhaps making the shopping process as easy as walking through the store with your smart phone, but complications will always abound there.

But those are big store ideas. Blue Bunny Books in Dedham, Massachusetts, hopes its unique personal touch will sustain it in the shadow of a brick-and-mortar Amazon store. Its customers seem to think so.

Are these meant to be recommendations for librarians who wish to sell wine or library patrons who might want to drink something while reading their latest selection? [seen on Books, Inc.]

As a partial response to a suggestion from searider a few weeks ago, I ask you, a reader gracious (or perhaps unfortunate) enough to glance at this humble blog, why do you read literature? Why do you read good fiction as opposed to cheap or pulp fiction or non-fiction?

is like apples of gold in a setting of silver.

Like a gold ring or an ornament of gold

is a wise reprover to a listening ear.

Like the cold of snow in the time of harvest

is a faithful messenger to those who send him;

he refreshes the soul of his masters.