Our technology has allowed us to expand our awareness to the entire world, making requests for prayer seemingly boundless. I hesitate to say this is the biggest prayer request of the month, but the persecution of Early Rain Covenant in Chengdu, the capital of Sichuan province in southwest China, is something important to pray and praise the Lord over. I copied their Christmas Eve update below. Here’s a letter from earlier this month for more context on the government’s unlawful routing of their congregation.

“Now when they had departed, behold, an angel of the Lord appeared to Joseph in a dream and said, ‘Rise, take the child and his mother, and flee to Egypt, and remain there until I tell you, for Herod is about to search for the child, to destroy him.’ And he rose and took the child and his mother by night and departed to Egypt and remained there until the death of Herod. This was to fulfill what the Lord had spoken by the prophet, ‘Out of Egypt I called my son.’” (Matt. 2:13-15)

Like the “White Terror” during the first Christmas, brothers and sisters of Early Rain Covenant Church, as members of the Lord Jesus, are currently walking the path that the Church’s Head once walked. Authorities are continuing to suppress Early Rain Covenant Church through everything from criminal detention, administrative detention, enforced disappearances, stalking, and financial pressure to the seizing of church property.

On Christmas Eve, the 23rd-floor sanctuary of Early Rain Covenant Church was taken over by the Chengdu Qingyang District Shuangyanjing Community Police and converted to a community police office space. Linxishu Church, a church plant of Early Rain Covenant Church, was seized by the Pidu District authorities and community police. The church property at Enyue Church, another church plant of Early Rain, was cleared out by New Tianfu District authorities. The current church spaces were privately purchased or rented. As long as the civil contract has not expired, no one is allowed to alter or cancel it without the permission of both parties. Officials and local governments have violated both the law and morality. They have stolen nearly 1000-square-feet of real estate without paying one penny.

And yet, Lord, we still praise you. Lord’s Day worship at Early Rain Covenant Church was observed in the homes of families and small groups called and set apart by the Lord, as well as other locations. Some brothers and sisters were confined to their own homes. One small-group’s worship was interrupted by police. A total of 20 people (including 8 children) were all taken to the police station. They returned peacefully to their homes the same day. Another small group was forced to change locations. Yet another was spoken to by police after the meeting ended. In these difficult circumstances, the Spirit of the Lord has been feeding, strengthening, and challenging everyone through Chapter 2 of Matthew’s Gospel and through His servants who are in the middle of these trials and tribulations.

END_OF_DOCUMENT_TOKEN_TO_BE_REPLACED

Min Hyoung Song, an English professor at Boston College, focuses much of his time on Chinese-American literature and has written this review of book that contrasts two China-focused authors, one a Pulitzer and Nobel winner, the other struggling for any attention at all. He asks:

What does it mean to be serious? Or, more specifically, how does a subject get to be something (or someone) worth speaking about? Who gets to speak about this subject and be accepted as someone who knows what he or she is talking about? What forms can this authority take, and in what kinds of contexts? Pearl S. Buck’s wild successes and H. T. Tsiang’s wild failures are the two extremes.

Those are good questions for any subject, and the answer seems to have much to do with personal trust and connection. An author or teacher may have good, or what would be fair to call “the right,” answers on a topic but fail to connect with his readers. Without such a connection, no one will trust him to know what he’s talking about. On the other hand, that person who has gained his readers’ trust can be wrong about many things and still be considered an authority. Personal trust is the key. (via ALDaily)

Gui Minhai, a naturalized Sweden, originally Chinese, has worked with four other men in “publishing books about political intrigue among China’s Communist Party leaders; now they are in the custody of mainland Chinese authorities, apparently charged with selling illicit books.”

In January on state-controlled TV, Gui “confessed” to being convicted and paroled for vehicular homicide. Now he is emprisoned for having broken that parole. His daughter, Angela, doesn’t believe it. She’d never heard of any wreck, killing, or conviction until the newscast. What won’t be confessed is the government’s rounding up everyone in Gui’s publishing company to stop them from writing criticism of the government.

Angela Gui said she received a Skype text message from her father’s account a day or so after his TV confession on Jan. 18, when she was widely quoted in foreign media as saying she had never heard of the vehicular homicide case he cited. The message told her to “please keep silence.” Judging from the grammatical errors, Gui said she didn’t believe her father was the author. 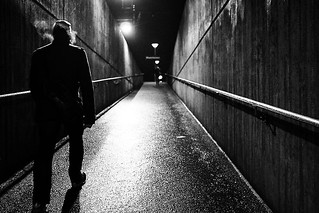 Memory is dangerous in a country that was built to function on national amnesia. A single act of public remembrance might expose the frailty of the state’s carefully constructed edifice of accepted history, scaffolded in place over a generation and kept aloft by a brittle structure of strict censorship, blatant falsehood and wilful forgetting. That’s why a five-foot-tall, 76-year-old grandmother poses enough of a threat that an escort of state security agents, at time as many as 40 strong, has trailed her to the vegetable market and the dentist.

Louisa Lim has released a book she didn’t want to write: The People’s Republic of Amnesia: Tiananmen Revisited. How did China systematically forget what happened June 4, 1989, in Tiananmen Square? 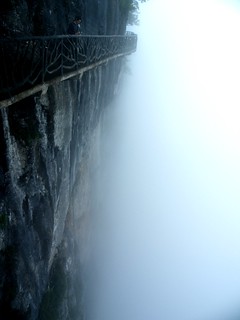 Phil Johnson has an article on the recent rash of supposedly eyewitness accounts of heaven. He says it’s nothing new:

Various survivors of near-death experiences have been publishing gnostic insights about the afterlife for at least two decades. Betty Eadie’s Embraced by the Light was number one on the New York Times Bestseller List exactly 20 years ago. The success of that book unleashed an onslaught of similar tales, nearly all of them with strong New Age and occult overtones. So psychics and new-agers have been making hay with stories like these for at least two decades.

Johnson points to an upcoming book by John MacArthur on heaven and these books. He argues that the Bible forbids the possibility that anyone can return from beyond the grave. “All the accounts of heaven in Scripture are visions, not journeys taken by dead people,” MacArthur writes. “And even visions of heaven are very, very rare in Scripture. You can count them all on one hand.” Moreover, the biblical accounts focus on God’s overwhelming glory, not all the fun junk we might do in heaven.

In his excellent book Gospel Deeps: Reveling in the Excellencies of Jesus

, Jared Wilson touches on this in a paragraph near the end.

Can I tell you one of the problems with books like Heaven Is for Real? Aside from the obvious honesty issues, they very often demote Jesus to a Character in heaven like one of the costumed players at Disney World. He is Santa Claus, an attraction of some kind. END_OF_DOCUMENT_TOKEN_TO_BE_REPLACED