I have enjoyed the Jack Stratton series by Christopher Greyson, well-written and well-conceived mystery/thrillers suitable for a Christian audience, but better in quality than the average Christian fare. An admirable hero you can root for. Good values.

Jack of Diamonds marks a milestone in the series – it’s about Jack’s wedding to his girlfriend, Alice. Something he’s been working up to for a while.

But of course, in the world of fiction, such an event can’t go off smoothly. Jack, who is operating as a bounty hunter since losing his police job, catches a distress call from a cop at a rural location. Being closer to the spot than the real cops, he drives in to help. He finds the policeman suffering from a head injury, and inside the house he finds a room decorated with drawings of women. Among them is a picture of Alice – plus a wedding invitation.

Obviously the wedding needs to be postponed. But explain that to Alice, who’s being nearly driven to distraction by the pressures of preparation. She and Jack had wanted a simple ceremony, but a wealthy former client whose life they saved insisted on paying for a production worthy of the Kardashians, complete with a relentless wedding planner.

Meanwhile, seemingly random women are disappearing, and Jack is convinced their vanishings are connected to the wedding stalker. And when an abandoned church is found filled with corpses, the weirdness goes off the scale.

I liked Jack of Diamonds, as I’ve liked all the books in the series. But I have to admit I found the premise of this one pretty implausible. It spoiled it somewhat for me.

Still, it’s a fun read. Recommended, but on a lower level than the previous Jack Stratton books. 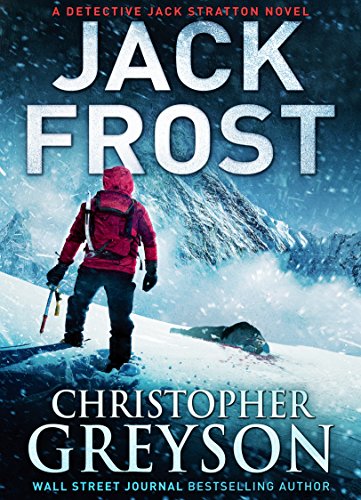 Private eye Jack Stratton and his fiancée/business partner Alice are hired by an insurance company to investigate the death of a sound man on a popular reality show. The show’s premise is that the contestants have to compete in survival games on a treacherous mountain. But there have been accidents, the worst of which killed a sound man. The insurance company won’t underwrite another season without someone undercover to keep an eye out. That will be Jack, who has climbing experience. Alice will have to stay home with their dog – which she hates. But there’s work for her to do too, mainly background research on the contestants. On top of that, she just learned that her childhood trauma, the death of her parents in an auto accident, may not have been accidental after all.

Meanwhile on the mountain, Jack endures the indignities of his cover job – gopher to the technical crew – as one after another “accident “ occurs. Before long people start dying, followed by a monster blizzard, which puts him and the cast and crew in a genuine Agatha Christie “and then there were none” situation.

The Jack Stratton books aren’t the best written novels out there, but they’re well above average, especially for books where the heroes pray without embarrassment. Author Greyson builds interesting characters and puts them in exciting peril. I enjoyed Jack Frost very much, and recommend it. 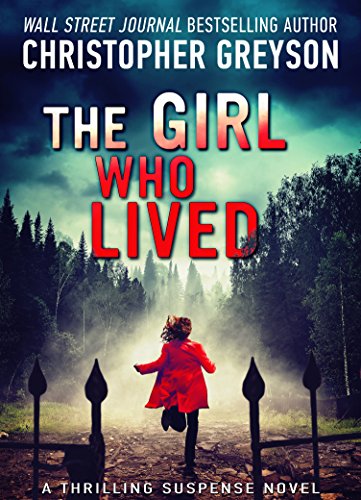 I’ll just start by saying that I really enjoyed this book. Christopher Greyson has shown great promise in producing his series of “Jack” thrillers, all of which I’ve reviewed. But he’s knocked it out of the park with The Girl Who Lived, a stand-alone novel.

Faith Winter’s thirteenth birthday party turned into a life-altering nightmare. At her family’s vacation cabin, her father, her sister, her best friend, and the friend’s mother were slaughtered, and Faith barely escaped. She told the police the killer was a “rat-faced man” who chased her through the woods, but they don’t believe her. They call it a murder-suicide, and blame her father as the culprit.

Faith’s life spiraled into a maelstrom of dysfunction after that. She became an alcoholic and spent time in mental hospitals and prison. Now, ten years later, she is being released on parole, required to attend AA and survivors’ group meetings, and to look for a job. END_OF_DOCUMENT_TOKEN_TO_BE_REPLACED 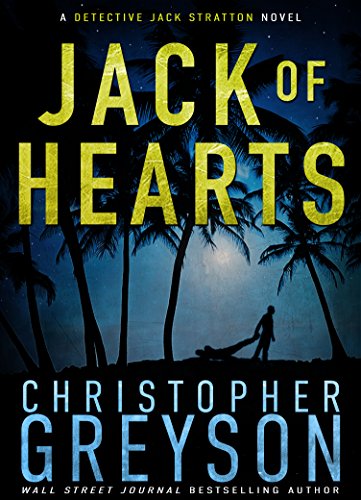 I’ve been following Christopher Greyson’s entertaining series of mystery thrillers starring Jack Stratton. They are both exciting and wholesome, a rare combination.

Jack of Hearts, for my money, was not among the best in the series. It’s certainly worth reading, but I didn’t think it entirely worked.

Jack Stratton and Alice, his girlfriend, take a flight to Florida to visit Jack’s adoptive parents. Due to unexpected circumstances they have to bring along Lady, their gigantic German Shepherd. This turns out to be both a good and a bad thing.

In the retirement community where Jack’s folks live, the chief topic of conversation is “the burglaries.” Someone has been stealing fairly worthless stuff from people’s lawns and homes. The retirees are delighted by the excitement, and a group of them, including Jack’s mother, have started their own investigation. They’re all mystery readers and eager for adventure.

Unfortunately, amid the petty crime, there are a couple real criminals, people without scruples or mercy, who will pose a deadly threat to Jack’s family.

Much of the book is taken up with the antics of the retiree-detectives, which are intended to be funny. For me that element just didn’t work. Broad humor isn’t author Greyson’s forte. Most of the comic situations seemed to me contrived and improbable.

The darker elements worked better. Once the light stuff was out of the way, the story actually got going and had me by the throat. Also there’s a new (and moving) development in Jack’s and Alice’s relationship.

If you’re looking for clean adventure with romance and an understated Christian element, the Jack Stratton books are definitely worth reading. You may even enjoy the “cozy” humor in this one more than I did. 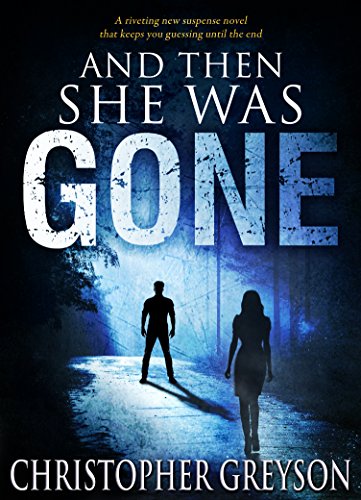 I’ve been enjoying Christopher Greyson’s Jack Stratton series of mystery/thrillers. And Then She Was Gone is another Jack Stratton book, but unlike the others it doesn’t include the word “Jack” in the title. That seems to be a purposeful change, because unlike the other books, this one is really a young adult novel. It jumps back in time to the period between Jack’s high school graduation and his induction into the Army.

A young wife, joyful at the news that she will be a mother, is murdered in a park after dark. Evidence points to a young black man, a neighbor of Jack’s old foster family, from the time before his adoption. Jack doesn’t even like the guy. But his Aunt Haddie, his foster mother, whom he loves, insists that he try to find evidence to clear the young man – because he plans to be a policeman after his Army hitch. He reluctantly makes the attempt, but soon finds himself in trouble with the police, who do not like his interference. But Aunt Haddie’s faith keeps him trying, even after he screws up. Someone gave up on Jack once, long ago, and he just doesn’t have it in him to “throw anybody away.”

I’ll have to admit I liked this book less than the others in the series, but I blame that on my personal issues. It’s a story about a young man defying authority, and that simply makes me uncomfortable. Author Greyson has actually done a remarkable thing here – writing a “young rebel” story that in fact upholds traditional values. These stories are Christian novels in the better sense – the Christianity is folded in naturally, and there’s no preaching. Several of the characters here will be dead in the following books, so a certain poignancy is built in too.

I recommend And Then She Was Gone, especially for young adult readers. I will continue to follow the Jack Stratton series with pleasure.

It’s a rare treat to discover an author and a series of books I enjoy very much, and which I can recommend to our readers almost without reservation. But that’s the case with Christopher Greyson and his Jack Stratton novels.

Jack Stratton, the hero of the series, is a cop in a South Carolina town. He’s a good man, but wound tight. As a boy he was abandoned by his prostitute mother, but found refuge in a loving mixed race foster home before being adopted by a good family. As a young man he served in Iraq beside one of his foster brothers, Chandler. He saw Chandler die, and because of survivor’s guilt he hasn’t contacted his foster family since.

That’s until Replacement invades his life. “Replacement” is the nickname of a young woman who grew up in his old foster home, though after his time there. She shows up in his apartment and tells him Michelle, a foster sister to whom he was always close, has disappeared. She’d been studying in a local college, but supposedly transferred to a California school. Only she hasn’t gotten in touch with her family, and she wouldn’t do that.

With Replacement as his uninvited assistant, he starts looking into Michelle’s life, and discovers troubling things. END_OF_DOCUMENT_TOKEN_TO_BE_REPLACED