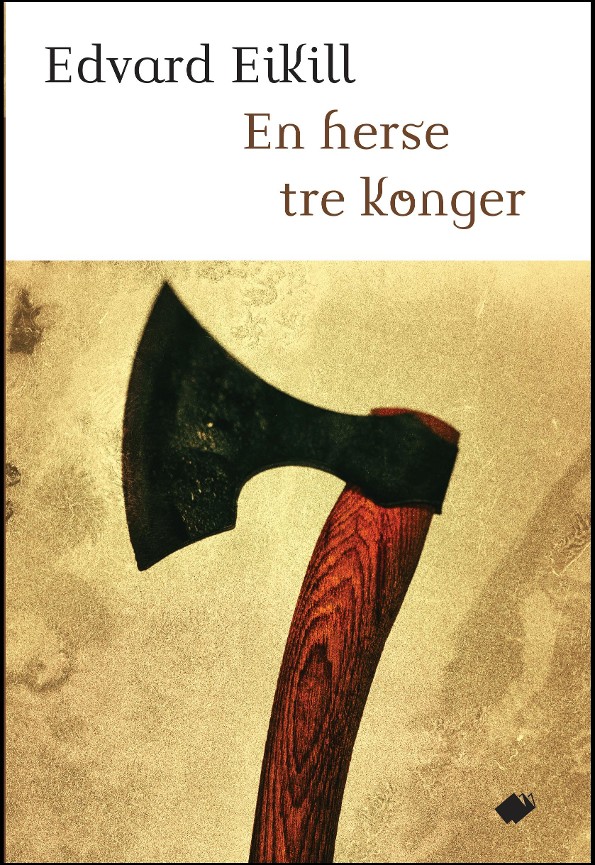 What was I reading while I spent the week in Decorah, Iowa doing back-to-the soil, Mother Jones craft stuff? No doubt you’ve been wondering. Obviously it would have to be something pretentious, to show off my erudition to other participants, to compensate for my abysmal artisanal skills. And so it was.

I was reading a Norwegian novel sent to me by the author: En Herse, Tre Konger, (One Hersir, Three Kings) by Edvard Eikill. Mr. Eikill is a retired dentist who has turned his energies to fiction and translation. He’s the translator of the massive, elegant Norwegian translation of the Icelandic Flatøybok that I’ve written about here before. We’re friends on Facebook, and he asked me if I’d read his novel about Erling Skjalgsson. I didn’t know anyone else had ever written fiction about Erling, so I was interested to read the book, which he kindly sent me.

Edvard Eikill is a rather different kind of novelist than I am (though he is a Christian). He spends less time with details and setting scenes. His book surveys Erling’s life more or less at the 30,000 foot level, moving fast through Erling’s life, hitting the highlights. Oddly (to me), far more time is spent on Olav Trygvasson’s five-year reign than Olav Haraldsson’s reign of about twelve years.

But it had to be useful to me to read a book about Erling by someone who lives in Erling’s area (though I did catch what I believe to be one historical error – Mr. Eikill thinks they harvested grain with scythes in Jaeder in the Viking Age, but my research indicates they only ever used sickles). There were historical details and relationships that had sailed over my head. I’ll probably clarify some things in my Work In Progress based on this book.

Also, Erling’s priest was an interesting contrast. Here, Erling’s priest is an Englishman named Alvgeir (which seems to be the name written on Erling’s memorial cross). Eikill imagines him as a slave, taken by Erling on a raid, and freed by him after his conversion by Olav Trygvasson.

Thanks to Mr. Eikill for sending En Herse, Tre Konger to me. It was enjoyable and illuminating.