I need to write something extra-good tonight, because there’s a good chance I’ll be absent tomorrow. Being retired, I can usually figure on my schedule being pretty open, but tomorrow I have two long meetings . (Both, alas, meetings unconnected with the earning of money.)

But I’m short on subject matter. I drained my brain last night; I’m fresh out of profound thoughts.

Fended off a Facebook con artist this morning. Got a friend request from a young woman in another state, suspiciously attractive judging by her picture. But we had a mutual friend, and she had the right kind of links posted on her home page, so I gave it a shot. It was but the work of a moment for her to message me and tell me she was looking for a boyfriend. I did give her a fair chance, telling her politely that I was much too old for her. When she told me she didn’t care about that, I severed our association. I may be a fool, as Lord Peter Wimsey once said, “but I’m not a bloody fool.”

I guess I can be proud I’m still sharp enough not to fall for such things.

I’m also a little sad that I’m old enough to have lost all illusion in the area.

The sixth season of Endeavour is now streaming on Amazon Prime. Six seasons already? How did that happen?

I keep waiting for Shaun Evans to acquire that mark on his temple that his older self has.

I liked the original Morse series very much, but I’m strongly tempted to like this prequel even better. It’s a good recreation of the era when I came of age (though Morse was a little older than me) and it’s more character-driven, I think. The Morse series concentrated mostly on the interplay between Morse and Lewis – and that was excellent. But Endeavour has a larger continuing cast, characters about whom we have come to care. For my part, I particularly like Inspector Bright, who reminds me of a number of older men I’ve known in church work. He came in pretty unsympathetic, but we’ve come to see his finer qualities since then.

The first episode had a character I immediately marked as the Culprit, simply on the basis of established contemporary TV stereotypes. I was delighted to be wrong.

Maybe things will work out all right in the world.

It appears that my posts on Facebook are not being seen by anyone. Is this what they call “shadowbanning?” 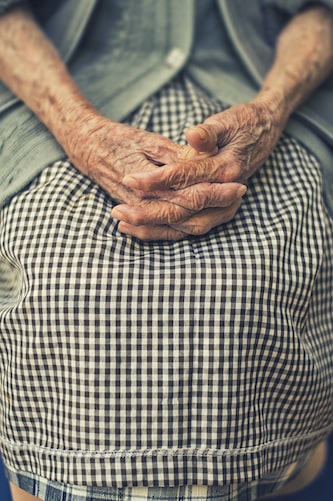 I had a moment of grace yesterday. No great miracle as miracles go, but it kind of moved me.

I’ve been using my grandmother’s old devotional book for my daily devotions this year. It’s an old book, in pretty bad shape, but I’ve found the meditations insightful. And anything connected with my grandma, who was perhaps the best person I ever knew, carries a measure of comfort. The book is Thy Kingdom Come, by Ludvig Hope. Hope was a leader of the lay evangelical movement in Norway, and along with several other church leaders (both conservative and liberal) he spent time in a concentration camp during World War II.

The book includes space for writing in important anniversaries at the bottom of each page. Grandma noted birthdays and weddings, and sometimes baptisms. Yesterday I noticed an unfamiliar name on an upcoming page. Most of the names in the book are familiar to me – family members and people from our church. But this name was unfamiliar. It was a woman’s name, and she would be a few years younger than me. I grew curious.

I went to Facebook and searched to see if she was listed under (assuming she was married) her maiden name. She was. I discovered that she is part of my own church body (which is not the one I grew up in), and her daughter is married to the son of one of the administrators at the Bible School where I work.

I contacted her, and found out she’s the granddaughter of Grandma’s sister. So I found a new cousin.

Grandma, I think, would be pleased.