Here’s a little Latin you may find useful when you’re working from home, recovering at home, taking refuge at home, or being confined at home.

Domi manere convenit felicibus. — It befits those who are happy at home to remain there.

I hope that’s true for you; it’s not true for too many, because as Ovid says, “Dos est uxoria lites,” that is, strife is a wife’s dowry. May that not be your home, for domus sua cuique tutissimum refugium (every man’s home is his safest place of refuge).

Remember that a friendly house is the best of houses (domus amica domus optima), but remember also that pain compels all things (dolor omnia cogit).

You may find it useful to say to yourself and others:

Here are a few others words you may wish to repeat, echoing the wisdom of the ages.

Found in W. Gurney Benham’s A Book of Quotations: Proverbs and Household Words (Photo by Drew Coffman on Unsplash)

Elizabeth Harwell says Wendell Berry wounded her be reminding her how often she has moved around. She feels temporary, and that’s not how she grew up.

Because when memory calls me back to my childhood, I know that land. I can feel that grass under my feet. I know its broad green blades: fat-bottomed and rising to a rounded point. In my mind, I can split the blades into two pieces and I can remember the way the hanging fibers felt on my lips. I know the yellow dandelion blooms—and not only as a whole, but also, more clearly even, in its parts. I know the feel of the dandelion’s soft petals on the tip of my nose and the mustard-yellow streaks it would leave when I rubbed it across my palm. I can see its hosts of aphids working their way up the stems in crowded lines.

In truth, we do not have homes here; Christ has gone to make a home for us somewhere else, but he has left a well-stocked table for us here to remember him and all of the church.

“Our place is coming,” she says, “our people are here.”

Photo by Valentina Locatelli on Unsplash 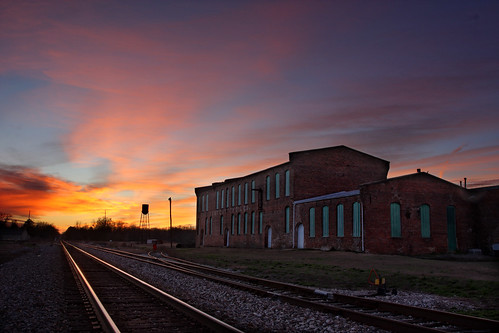 Part way through my reading of Home, Harlan Coben’s latest Myron Bolitar novel, I remembered that I had sworn off these books not too long ago. It’s not that Coben isn’t a superior storyteller. And it’s not that he doesn’t offer the kind of character insight and humanity that I crave from an author. I just felt he’d gotten too PC for my taste. But I carried on, having purchased the book, and enjoying the story. Home is a good novel, but marred (for me, probably not for most readers) by progressive elements.

In this outing, we start with Win Lockhart, Myron’s wealthy, effete-but-deadly, longtime friend. Win has dropped out of sight to hunt for a missing person, his sister’s kidnapped son, gone ten years. His search has brought him to London, where he locates a boy who looks to him like his nephew’s friend, also kidnapped on the same occasion. In approaching the boy, he encounters three thugs, whom he easily dispatches. But the boy takes fright and runs away. That’s when Win calls Myron, who drops everything and flies to London to help in the search.

They encounter criminals and pimps in their investigation, but most of all they encounter lies. The lies are old, and deeply buried, and the true secrets lie not in London, but close to home. Old wounds are opened, and old betrayals revealed. The final resolution of the story is remarkable for its grace – but there’s a less inspirational anticlimax.

Home is a very good book. Author Coben possesses deep empathy for the human situation, drawing the reader in and making us care. My problem is mainly with two characters, Esperanza and Big Cindy, who are a married lesbian couple. I suspect they were originally added to the cast of the books for purposes of comic relief. But changing times have persuaded the author to treat them with increasing earnest seriousness. For me, this is a conformist and disappointing element in stories this good and well-grounded in human nature. Various hints suggest that Coben himself does not entirely buy into modern ideas about gender and gender roles, but he nevertheless genuflects to all the prescribed altars, in this and other matters.

Other than that, highly recommended. Coben doesn’t use much bad language, and the sex and violence are relatively restrained.

Pamela Petro talks about longing for a home that is not her’s–Wales.

I’m American, but I have a hiraeth on me for Wales. I went there first as a grad student in the 1980s. I learned to drink whiskey and do sheep impressions (I can differentiate between lambs and ewes). I learned what coal smoke smells like (nocturnal and oily). And I fell in love with the earth. It happened one late afternoon when I went for a walk in the Brecon Beacons. (The dictionary defines beacons as “conspicuous hills,” which is about as apt as you can get.) When I set off from sea level the air was already growing damp as the sun faded. Ahead of me the Beacons’ bald, grey-brown flanks were furrowed like elephant skin in ashes-of-roses light. It soon became chilly but the ground held onto its warmth, so that the hills began to smoke with eddying bands of mist. That dusk was unspeakably beautiful and not a little illicit. It seemed, for a millisecond, as if I were witnessing the earth drop its guard and exhale its love for the sky, for the pungent cattle, the rabbits whose bones lay underfoot, and for me, too. I felt as if my bodily fluids, my wet, physiological self, were being summoned to high tide. The hills tugged on my blood and it responded with a storm surge that made me ache—a simple sensation more urgent and less complicated than thought, like the love of one animal for another. Or the love of an animal for its home.

Here’s a brief poem on the Welsh word, Hiraeth, which is a longing for the past or homesickness. “As loneliness slips in beside …”

Also look over at Pamela Petro’s beautiful thoughts on this word, Deep Longing for Home, Hiraeth.