I’ve been reading Pete Brassett’s Inspector Munro mysteries for a while. I’m not sure I’m entirely on board with the new turn the series has taken, though. Our former hero, heretofore a paragon of physical fitness (mountain running was one of his favorite sports) has suddenly grown old. He’s had a heart attack and is retired – though he’s happy to assist his former subordinates on his own time.

So now the central character is Inspector “Charlie” West, a woman from London who overcame alcoholism after moving north to Scotland. She’s not a bad character, but it seems like everybody’s doing female detectives these days, and it annoys me.

Anyway, the latest book in the series, Hubris, involves a beached fishing boat which a farmer discovers on the shoreline of his property. Looking inside, he finds a man in the hold, gutted like a fish. Forensic evidence indicates the presence of drugs.

Meanwhile, that same farmer’s daughter has gone missing. Why did the family wait to alert the police?

Unsuspected connections will tie the two cases together, and old secrets will resurface to devastate lives. But the detectives are on it, and Inspector Munro will be on hand to provide guidance as well.

Hubris is a good, workmanlike police procedural, with only minimal objectionable content. The series is worth following.

I’m always pleased by the appearance of a new Inspector Munro novel by Pete Brassett. The latest installment in the series, set in Ayrshire, Scotland, is Turpitude, and it was as enjoyable as its predecessors.

Inspector Munro is no longer a working police detective. He’s overage and recovering from a heart attack. But he can’t keep away from the office, and frankly his old team, led by female detective Charlie West, is happy to have him on this one.

First of all, a couple garbage workers find three severed fingers in a tin of dog food. Oddly, nobody seems to have been treated for the injury in a hospital, and when they find the victim he’s not much interested in preferring charges.

Then a man walks into a jewelry store and bashes the owner over the head with a hammer. CCTV and witness statements provide few clues to the police.

It’s only Munro’s experience and intelligence that gently lead the detectives down the right paths to finally identify the culprits, uncovering an improbable conspiracy with bizarre motives.

As I said already, any time spent with Munro & Co. is time well spent. I recommend Turpitude, in spite of a measure of political correctness.

The Inspector Munro series by Pete Brassett is an enjoyable set of stories about an aging police detective in the west of Scotland, and the young female detective he mentors, “Charlie” West. I’ve reviewed the previous books, and here’s the new one, Rancour.

On the Arran islands, a young girl goes climbing on high Goat Fell on a winter night, and is found the next day frozen to death. When her companions, who turned back, are asked why they didn’t stop her, they say the girl was determined.

Soon after, another girl is found dead on the mainland, while a school friend is found unconscious. All three girls have been drugged.

Suspicions center on an Italian man of questionable morals and business ethics, who recently moved to the area and has cut a swathe through the ladies.

But looking into his life, and the girls’, brings up a lot of other questions, and the investigation grows quite complex. Inspector West is leading the squad now, since Munro is retired, but he’s keeping his hand in and gently guiding – while trying to remodel his cottage and decide how to handle a question of his own health.

It all turned out in ways that surprised me. I enjoyed spending time with my old friends Munro and West, and recommend Rancour, as well as the rest of the series. 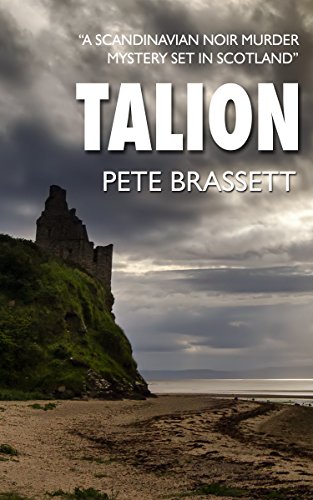 First of all, the blurb on the cover of Pete Brassett’s Talion ought to qualify as libel. It calls the book “A Scandinavian noir mystery set in Scotland.” This is a lie, thank God. Scandinavian noir novels are dark, dank, and suicidal, leaving the reader wondering whether life in a Socialist paradise is worth the effort of cashing the welfare checks. Pete Brassett’s Inspector Munro novels are bright and cheery (in spite of the murders). Munro is indefatigably optimistic, a role model for us all.

At the end of the last novel, Terminus (spoiler alert), it looked as if Munro was out of the picture for good. But in fact he’s just vacationing on the island of Islay. Detective Sergeant “Charlie” West manages to lure him back to their coastal Scottish community with an interesting murder mystery involving criminals Munro knows well from the past.

A young boy and his mother, on holiday at the seashore, had discovered a decomposing human body on the beach (the boy, a budding entomologist, was not in the least traumatized). It takes some time to identify the man, but it turns out to be a local drug dealer. He was part of a triumvirate of criminals in the past, and suspicion falls on his old partners in crime. Then another of the three is murdered. Who is killing these men and why? And is it possible the single mother who found the body is actually involved herself?

Like all the Inspector Munro books, Talion is a lot of fun. Munro is a wonderful character – just irascible enough to be amusing without becoming a bore. Sergeant West, who was something of a personal wreck when she first appeared, has grown and gained poise and confidence in her job. I had a great time with Talion, and recommend it wholeheartedly. Cautions for mature themes. 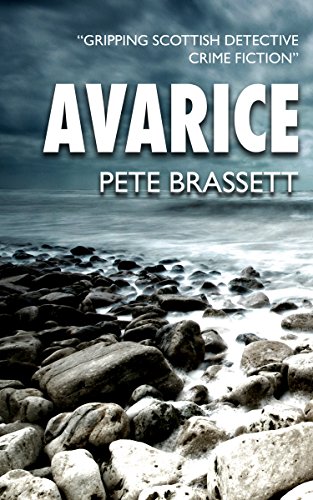 In the sequel to She, which I reviewed last night, Pete Brassett’s Scottish Detective Inspector Munro is back home in Scotland, having retired from London policing. When a woman’s body is found in a glenn, under suspicious circumstances, the local inspector persuades his superiors to bring in Munro, rather than turning the case over to CID. The hope is that Munro can unravel the case before they have to turn it over to the “big boys.” A little authorly plot manipulation gets Detective Sergeant Charlie West, Munro’s sidekick in the last book, into the immediate vicinity and available to help out. And so Avarice gets its momentum up.

With the help of the local force they begin to examine the woman’s past (she was a German immigrant, and previously married), uncovering various motives (mainly financial) why certain people would want her dead. The real culprit(s), however, are a surprise.

This is a fairly cozy police procedural, with lots of quiet interviews and red herrings and tea getting drunk. Inspector Munro is amusingly curmudgeonly (he even takes a moment to criticize political correctness, which pleased me). No explicit sex or violence, but some rough language.

Recommended if this sort of thing is your cuppa tea. I liked it. 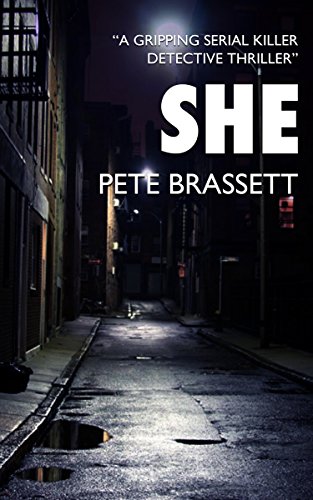 ‘Nae bother. She’ll have to get up to answer the phone anyway.’

The Amazon summary describes She by Pete Brassett as a “Scandinavian style suspense thriller.” I’m not sure I know exactly what that means. I was reminded more of Inspector Morse. The police procedural featuring the crusty, insensitive senior officer and the callow, long-suffering younger officer seems to be in vogue these days, and for good reason. It’s a formula that works. The Inspector Skelgill mysteries I’ve been reviewing are examples of the same sort ot thing. In fact, Inspector Munro, hero of this book and its sequels, bears a pretty close resemblance to Skelgill, except that he’s a few notches less abusive.

Inspector Munro is from Scotland, but works in London, where he fled after the death of his beloved wife. He’s paired with Sergeant Charlotte (Charlie) West, an attractive young woman with a drinking problem. What seems like a routine missing person case turns out to be part of a string of bizarre murders and dismemberments. In a parallel narrative we learn about their suspect, an innocent-looking young woman who conceals bizarre compulsions.

The picture of the killer is compelling, in a flashing-lights-and-ambulances-by-the-side-of-the-road sort of way, but the main interest of the story (for me) was watching Munro work with Sergeant West. A smart and talented officer, she walks the razor edge of career disaster with her alcohol-caused mistakes and late appearances. Munro takes a sergeant-major approach with her, cutting her no slack, and gradually she responds positively to the challenge.

The plot wraps up in an extremely neat way. In fact it’s so neat that author Brassett throws in an epilogue to throw everything we think we’ve learned into question.

I’m not sure I’ve forgiven him for that trick. But I have read two more books in the series, so I must not be too angry.