“The Benedict Option fails to ask how black believers have survived racial, economic, and social marginalization with their faith intact.” Jemar Tisby offers an important perspective to Rod Dreher’s new book, a book he has mulled over for at least ten years. When considering options for the persecuted church in America, it seems natural to look to those portions of the church that have lived through persecution, but as Tisby writes, this is a continuing blind spot for many white people.

The reality for many white believers is that Christians of color may provide inspiring stories of resistance and are certainly nice to have on display in the congregation, but they are not a true source of wisdom for the white church. To some white Christians, the faith traditions of racial minorities may offer great aesthetics like preaching or musical style, but they don’t have the legitimacy to lead the way into the future. The constant refusal to learn from the black church can only be termed ecclesiastical arrogance.

The Real Reason the Benedict Option Leaves Out the Black Church

Dreher did start a conversation about the black church four years ago, asking why it hadn’t influenced communities more. That doesn’t answer Tisby’s critique, but it does offer a bit of context. 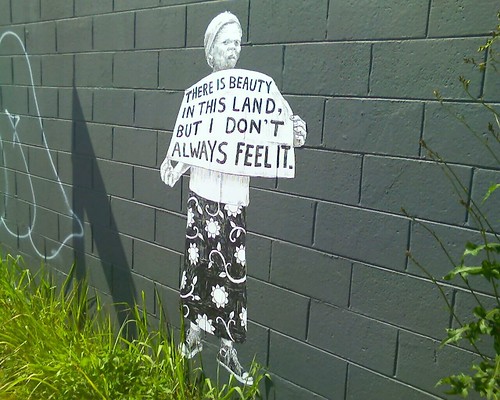 The growing pains in the Evangelical church today are in America’s race problem and the issues of social justice. I heard a pastor this year say Jesus’ message was largely one of social justice, and if I hear that term with political ears, I reject it. If I hear “social justice” and think “social gospel” and all the bad theology that has been woven into that, then I can’t help but reject it, but if I understand “social justice” to mean loving one’s neighbor, then I can accept it, maybe not as my primary choice of words, but as an understandable choice.

Believers today need to come to grips with the particulars of loving our neighbors, rejecting the political hostility and individualism that may feel natural to us. How much has personal comfort (ignoring real sacrifice) become our standard for judging God’s will for our lives?

A few days ago, a pastor in my denomination and his daughter were arrested for demonstrating in the St. Louis metro area on the anniversary of the shooting of Mike Brown. I believe he was trying get a petition heard by a federal marshall. They were arrested for obstructing entrances that were already obstructed by official barricades. They talk about it with Jamar Tisby here. This is moving. I encourage you to listen to this.