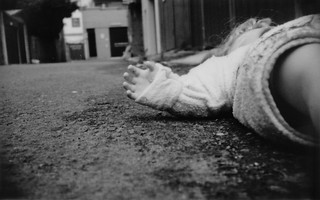 Peter Leithart quotes from an Ira Wells piece on how we’ve forgotten who Lolita originally was, the 12-year-old victim of a monster.

Forgetting Lolita is also a problem because the book has never been as relevant: “the novel itself constitutes a vicious satire of a culture that fetishizes young girls . . . while simultaneously loathing pedophilia as an absolute moral evil on par with genocide.” We are that culture.