Jonathan Haidt has written an edited version of a sociology paper that attempts to explain microaggressions among American college students.

We’re beginning a second transition of moral cultures. The first major transition happened in the 18th and 19th centuries when most Western societies moved away from cultures of honor (where people must earn honor and must therefore avenge insults on their own) to cultures of dignity in which people are assumed to have dignity and don’t need to earn it. They foreswear violence, turn to courts or administrative bodies to respond to major transgressions, and for minor transgressions they either ignore them or attempt to resolve them by social means. There’s no more dueling.

Now, the paper’s authors conclude, we’re moving into a culture of victimhood, where slights against one’s honor are being defended by appeals to authority and public opinion. Being a victim is rewarded in different ways and universities are encouraging their students to view slight offensives or potential insults as system problems.

Haidt has written about this bizarre collegiate environment in an essay for The Atlantic this month, providing examples of what and his coauthor call “The Coddling of the American Mind.”

Some recent campus actions border on the surreal. In April, at Brandeis University, the Asian American student association sought to raise awareness of microaggressions against Asians through an installation on the steps of an academic hall. The installation gave examples of microaggressions such as “Aren’t you supposed to be good at math?” and “I’m colorblind! I don’t see race.” But a backlash arose among other Asian American students, who felt that the display itself was a microaggression. The association removed the installation, and its president wrote an e-mail to the entire student body apologizing to anyone who was “triggered or hurt by the content of the microaggressions.”

All of this is working to create “a culture in which everyone must think twice before speaking up, lest they face charges of insensitivity, aggression, or worse.” 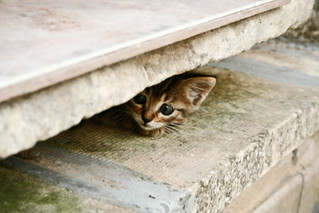