Perhaps the most poisonous aspect of current media culture is how it facilitates our impulses to condemn and shame others. Whether by open letter or twitter storm, some of us wake up primed to take a stand against some unthinkable person somewhere. Any accusation is credible without need of investigation. Any social post is up for scrutiny, no matter the age of the poster at the time. Consider our virtue signaled.

Helen Andrews reviews a shameful public incident that has followed her for years in this essay in First Things. Her story is grueling, but there are many more, allowing us to see a pattern.

At the risk of insulting the reader: No one actually believed Williamson was a threat to his female colleagues. It was only a pretext for what was really an exercise in raw power. People made the same kind of excuses when it was my turn in the dunk tank. Again and again, I read commenters insisting that what might at first glance appear to be prurient gossip was, in fact, fair political commentary, because I was a family-values scold and thus open to charges of hypocrisy, or because I was a hard-core Randian who needed a lesson in the dog-eat-dog heartlessness advocated by my idol. As far as I can tell, these characterizations were extrapolated from the fact that I worked at National Review. Certainly, they had no basis in anything I’d written (an Objectivist, really?).

The truth does not matter in the shame storm–only what can beat down the victim.

What solution is there? Look at what Jared Wilson posted today: “Christian, the Lord knows you are not an asset to the organization. He knows what a tangled-up knot of anxiety, incompetence, and faithlessness you are. He knows exactly what a big fat sinner you are. He knew exactly what he was getting into.”

Photo by Victor Rodriguez on Unsplash

A new research fellow at St Edmund’s College of Cambridge has riled 300+ professors who think he earned the position unethically. The Guardian offers a review of the complaints, which are not based on what Noah Carl has actually written but on characterizations of his research.

“A careful consideration of Carl’s published work and public stance on various issues, particularly on the relationship between race and ‘genetic intelligence’, leads us to the unambiguous conclusion that his research is ethically suspect and methodologically flawed,” states the letter, which is signed by seven Cambridge professors and more than 700 other academics.

If Carl’s work has been carefully considered, then citing offending arguments and data shouldn’t be a problem. But when Quillette Magazine reviewed the work, they found nothing that aligned with the complaints. They asked one of the signatories to spell out his complaint and received a broad assertion that certain concepts have “at best questionable scientific validity” and cannot be taken in stride by anyone. Again Quillette couldn’t find these concepts in Carl’s work and are arguing for the public rebuke of the professors who appear to have signed a letter grounded in nothing by hearsay.

“Accusing a young scholar of ‘psuedoscientific racism,’ and claiming his work is ‘ethically suspect’ and ‘methodologically flawed,’ is not something that should be done lightly, given the likely impact on his career,” Quillette editors write. “Anyone who cares about intellectual freedom and viewpoint diversity should join us in denouncing this witch-hunt.”

They asked many other academics for comment and received responses like this from Jonathan Haidt, a professor of ethical leadership at New York University Stern School of Business

Greg Lukianoff and I open chapter 5 of The Coddling of the American Mindwith a Durkheimian analysis of witch hunts. It works beautifully to explain the otherwise inexplicable and shameful open letter denouncing Rebecca Tuvel and calling for the retraction of a philosophy article that hardly any of the hundreds of signatories had read. That whole affair was an embarrassment for the academy and those who signed the open letter. Here we go again. If hundreds of professors think that Noah Carl conducts bad science, let them make the case, with quotations and citations. The “open letter” denouncing Carl is just a list of vague assertions and charges of guilt by association. If the signers think we should condemn anyone who gives ammunition to “extremist and far right media,” they should write a new letter condemning themselves.

Maybe the review process proposed by Susan Harlan in “A Poem About Your University’s New and Totally Not Time-wasting Review Process for Tenure and Promotion,” would help curtail these open letters. While a mob of professors is not funny, this is. 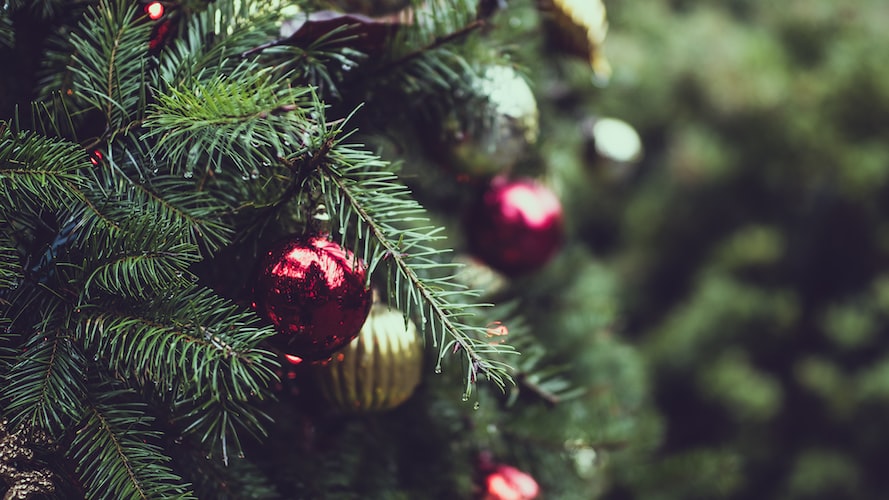 What a weird season this is turning out to be. I enjoy what I’m doing for a living, but working part-time, from home, turns out to leave me less free time than I had when I was an upstanding cog in the system.

I usually put up my Christmas tree right after Thanksgiving, and I start writing my Christmas letter around the same time. Now it’s the 5th of December, and I’ve done nothing! Nothing!

I have failed as a Norwegian. Christmas is one of the things we do. My ancestors are ashamed of me.

But tonight I’ve put in six hours already, and I have a little latitude on the deadline, and I’ve made a personal commitment to starting the Christmas letter this evening.

Heaven knows I have a lot to write about. Mostly about my new semi-career, the schedule for which is the reason the letter will be late.

My Christmas letter is kind of an annual epic production. First I write it in English, then I translate it to Norwegian, for the recipients over there. Those letters have to go out first, because of postal transit time.

And there was something else, wasn’t there? … Oh yeah, the tree.

Well, the actual old tradition was to decorate and light it on Christmas eve. I may end up being traditional this year.

Yesterday I linked to Anthony Sacramone’s announcement of a new edition of the Intercollegiate Review, over at Strange Herring.

Today, entirely by coincidence, he links to my interview at Issues, Etc.

Oh, who am I kidding? He goes into the Norman history of his Sicilian ancestors, and we Sicilians are all about scratching each other’s backs.

That’s a nice photo of me at the top of the blog post, too.

James Taranto describes how the public discourse over Rush Limbaugh’s characterization of Sandra Fluke’s argument before Congress has spawned a “meta-kerfuffle” among professors. One prof praises Limbaugh’s argument, while detracting from the two words he apologized for, and his university’s president scolded him, both in print.

The implication is that by treating Fluke with disrespect, Landsburg has behaved unethically. That’s bunk… Seligman’s shot at Landsburg is the equivalent of saying it is unethical for any physician to criticize Fluke’s political activism because she is a “patient.”

The effect of President Seligam’s argument may be to squash the freedom of thought and speech of students and profs without tenure. It’s happened before, he says, over just this type of argument.

Am I a hypocrite?

Am I for sale?

It would appear so.

As you may recall, I groused a while back about the new animated Disney movie, How to Train Your Dragon. Not merely because of the historically inaccurate horned helmets on the Viking characters, but because of my intense weariness with the innovation—which long since became a cliché—of the sympathetic, victimized dragon.

Guess what? One of our local IMAX theaters (the one at the Minnesota Zoo), has asked the Viking Age Club and Society to be there in costume for the opening, next Saturday. And I’ve agreed to participate.

My price? A free ticket to a movie I’m not even particularly interested in.

It’s for the good of the club, I tell myself. To raise our public visibility and attract new members.

So I’m taking a bullet (or, more authentically, an arrow) for the group.

That’s how I intend to look at it, anyway.

Now the only question is, why did they invite us for the 20th, when the official opening is a week later? Sneak preview?

For those of you in the area, who wish to come and rub it in.

Update: I just found out this is a special preview. My source wasn’t sure if it was open to the public or not. So if you come to mock me, you may not get in at all. Which only serves you right.

Remember the Bower family? The missionaries whose plane was shot down over Peru in 2001, resulting in the deaths of the wife and daughter?

Turns out the CIA lied about the circumstances of the action.