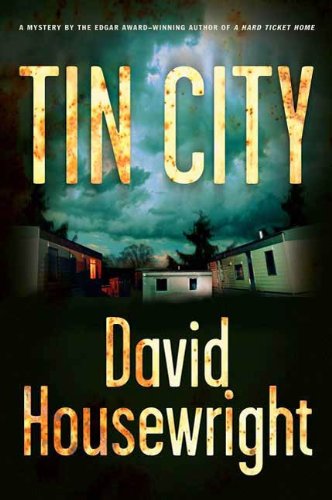 I felt as if I were committing four of the seven deadly sins just by walking with her.

I’m sticking with Rushmore McKenzie, private eye character created by Minnesota author David Householder, even in spite of the liberal virtue-signaling he seems compelled to inject into his stories. So far the stories have been worth the annoyance. So far.

In Tin City, Rushmore “Mac” McKenzie, gets a request for help from a friend. That’s what Mac does, after all. He came into a lot of money and no longer needs to work as a cop. So he helps friends. This friend is his late father’s best friend, a man who helped to raise him. Mr. Mosley is a beekeeper out northwest of Minneapolis, and he wants Mac to help him find out why his bees are dying off. It’s not the usual kind of mystery Mac investigates. It certainly doesn’t look to be very dangerous. But he wants to help Mr. Mosley.

Little does he know. Soon people are shooting at people, and people are getting raped and kidnapped and killed, and Mac finds himself in the center of converging whirlwinds of criminal and law enforcement plans and plots. And the price to be paid will be high indeed.

One thing I like about the McKenzie novels is that author Householder generally avoids the common trope of the Great Secret Conspiracy. He understands that big conspiracies don’t work very well in the real world, and what looks like some master plan generally turns out to be half-ignorant people making assumptions and stumbling against each other in the dark.

Cautions for language, violence, and mature themes. There’s a church and a pastor in the book, and they get treated pretty well.