What would you say is the prequel to the Lord of the Rings? Yeah, that’s not this. With an estimated cost of over $1B, the new Amazon series will look into all of those details we get in the appendices about Aragorn’s life as the ranger and heir to the Gondorian throne. When Gandalf took Bilbo and the dwarves to Rivendell, the young heir was there, though perhaps not around them. A few years later, he was told who he was, that the sword of kings of Arnor was his, and that he needed to watch his back. That’s when he began to roam Middle Earth and later served under two kings for many years.

Lots of good material for them to, you know, ruin. I know they want a new Game of Thrones, which would be bad, but I hope they don’t give us a medieval Gotham, which would be like saying, “You know all of the hope and purity of Middle Earth that you’ve loved all your life? This ain’t that.” 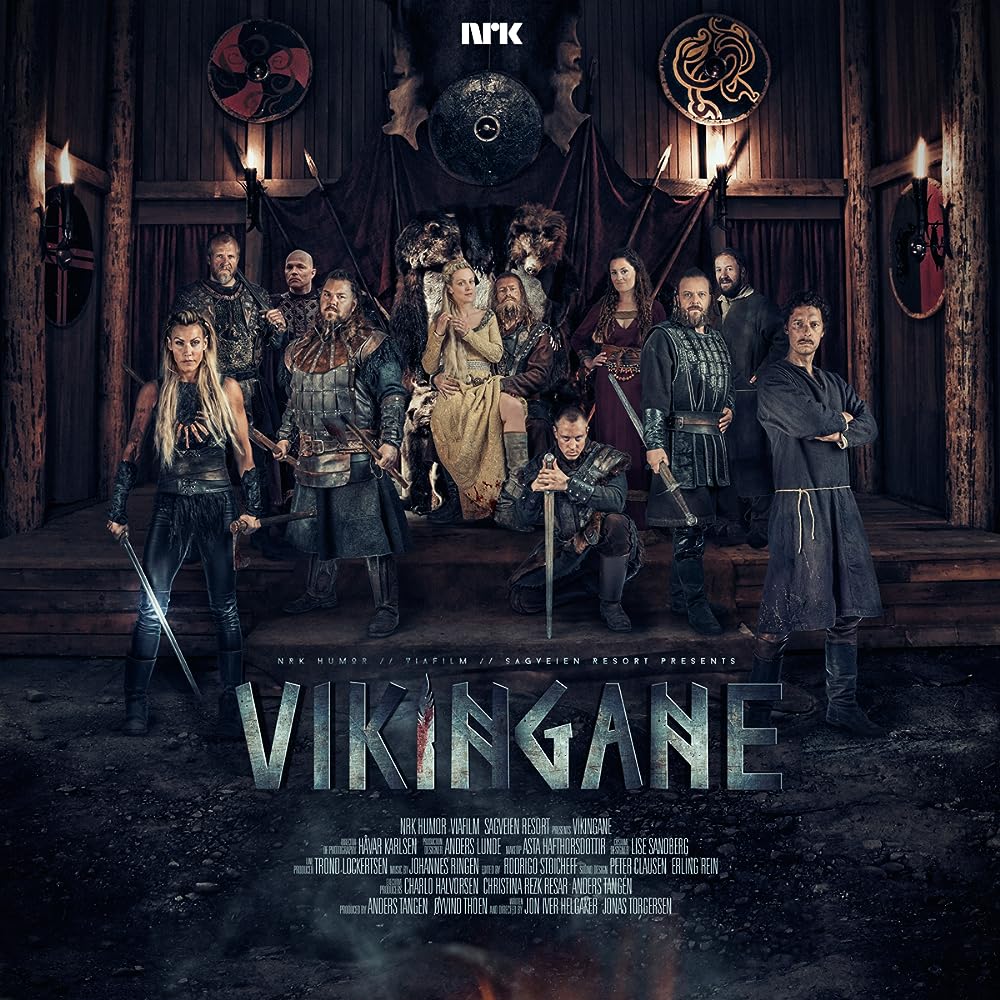 I really wanted to like Norsemen, a Viking Age comedy produced by the Norwegian NRK network. The series is filmed at the reconstructed Viking farm at Bukkøy, which is associated with the North Way Interpretational Center at Avaldsnes, Karmøy, Norway. Avaldsnes is the parish where my great-grandfather Walker was born and baptized. I’ve been to the Viking Farm, so when I watch this show I’m looking at a familiar place.

In the first episode, a shipload of Viking raiders under the command of Chieftain Olav return to their home in Norway. Olav’s brother, Orm, has been in charge in his absence, and he’s so bad at it that old men are reduced to jumping off a cliff to reduce the number of mouths to feed. Orm’s wife, Frøya, was along on the raid as a warrior, while Orm himself is pretty much useless with weapons. She despises him. Olav’s chief warrior is named Arvid. Olav arranges for Arvid to marry a widow – or rather, she becomes a widow after he’s killed her husband. But they find themselves incompatible. Meanwhile, the chief slave, Kark (saga fans will recognize that classical reference), gives instruction to the newest slave, Rufus of Rome, a professional actor who seems to think he’s on a pleasure cruise and keeps complaining about the accommodations.

What you’ve got here, essentially, is the History Channel’s Vikings series, crossed with The Office. The costumes and hair are intentionally similar to those on the Vikings show (which is to say, even worse. Black leather, which real Vikings never had, abounds). But the dialogue is straight out of The Office, with people talking in 21st century jargon. That dialogue concerns a lot of killing, which is played for laughs, and it’s also very smutty. The program was filmed in both Norwegian and English, so what you see on Netflix is neither dubbed nor subtitled.

I watched three episodes. The first two, which mostly introduced us to the characters, seemed to me kind of rudderless. But the plot began functioning at the end of Episode Two, and I went on to watch the third one. I could probably continue, because the story got more interesting once I detected a plot, and realized that the characters I’d felt sorry for were pretty much as awful as the characters I’d hated. What it boils down to is that this is one of those shows about appalling people whom I don’t care about at all. And considering the level of profanity (very, very) black humor, and casual violence, plus a little nudity, I don’t think I’ll continue with it. And I don’t recommend it to our readers.

The most famous one-armed man in television history is, of course, the murderer hunted by Dr. Richard Kimball on The Fugitive. But I don’t have him in mind in this post. I never actually watched The Fugitive much.

But I have fond memories of two television series from my childhood, each of whose main characters had one arm. Why one-armed characters resonate with me, I cannot say. The reasons are probably emotionally complex and embarrassing (I had one character lose a hand in my novel Wolf Time, and another lose a whole arm in Troll Valley). But I’m delighted that YouTube has made it possible to rediscover these series, at least in part. My viewing report follows.

The character of detective Mark Saber had an interesting evolution. According to my internet research (not always coherent), he began as a British detective working (for some reason) on the police force of a large American city on an early US TV series called Mystery Theater. He was played by Tom Conway (not to be confused with comedian Tim Conway). Tom Conway was the brother of famous movie heavy George Sanders, and spent his career in his brother’s shadow. His character dressed nattily, and (judging by the one episode I found on YouTube) fought crime more with fisticuffs than with deduction or forensics.

The show ran from 1951-1954. Then in 1955 the character was resurrected back in the old home country in a new series called The Vise. Mark Saber was now a London private investigator, and was now played by Donald Gray, a native of South Africa who lost his left arm in France in World War II. I’ve only found a couple episodes of this series on YouTube. Here’s one: