Christianity Today has a series of posts pulling back the curtain on Christmas concepts and traditions. W. David O. Taylor describes the debauchery of 17th century Christmas celebrations, how Puritan leaders outlawed Christmas all together, and the influences that brought it shaped what we celebrate today.

One of those influences was Queen Victoria, who shared her family traditions with the world just as Christmas was beginning to be accepted again in America. (Alabama was the first state to make it legal in 1836.)

As the historian Stephen Nissenbaum summarizes things in The Battle for Christmas, what was once marked by liturgical celebrations at church and festivities in the village, revolving around public rituals and civic activities, eventually turned into a domestic affair, revolving around a children-centric holiday, marked by extravagant gift-giving and, in time, commercial-oriented activities.

Tom Flynn in The Trouble with Christmas adds this remarkable fact: “[It is] surprising how small a role the churches played in the Victorian revival. From its inception, contemporary Christmas was primarily a secular and commercial holiday. The parsons were as surprised as anyone else when after a century-long hiatus, the pews started filling up again on Christmas morning.” 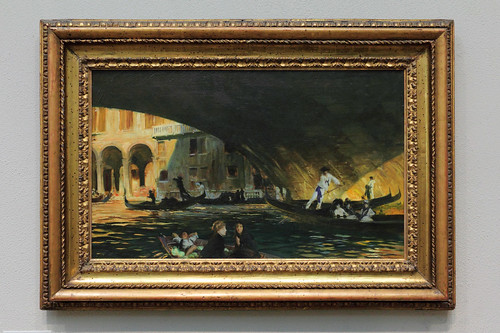 Michael Lewis writes about “the irrational hatred of the Victorian era” prevalent not long ago.

To understand how Sargent, one of the most brilliant painters in American history, was once derided as a mere facile courtier now requires an act of historical imagination. For it has been forgotten just how thoroughly Victorian painting had been once banished from the cultural conversation. And not merely painting, but architecture, sculpture, and the decorative arts; all of Victorian culture, in fact. This state of affairs lasted through the heyday of the modern movement, from the end of World War I into the 1960s, and it would not end until a rising generation became curious about Victorian art precisely because it was despised and forbidden…