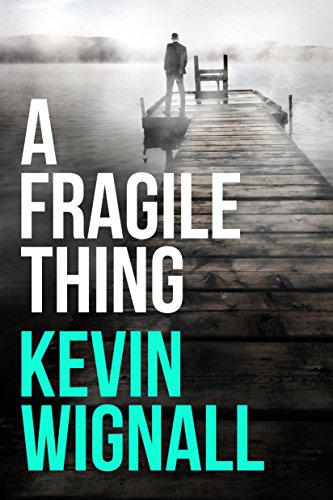 “I worry about you, that’s all. And I want you to be happy.”

He smiled, but said no more because he didn’t want to lie to her again, not about something so unimportant.

There is a class of authors whose work just flies over my head. I don’t get them. I accept their greatness based on the testimony of readers smarter than I.

Kevin Wignall is an author I sometimes don’t understand, but I like him anyway.

A Fragile Thing is a challenging book presented in disarmingly simple form. I enjoyed it, but I’m not sure how to evaluate it.

Max Emerson is an international money man, and fabulously rich, living in Italy. He invests money for some of the wealthiest, most powerful, and most evil people in the world – dictators, crime lords, drug kingpins, human traffickers. He tells people (frequently) that he never breaks the law. And that’s technically true. But he has facilitated and turned a blind eye to a number of crimes. Now he’s under pressure from the FBI, and hackers are threatening his records.

Max is alienated from his older brother and sister, and their families. His brother in particular is ashamed of Max’s reputation. This makes family events awkward, and Max generally visits his parents, in their Swiss mansion, only when his siblings aren’t around.

But when his parents are killed in an accident, and Max gets a posthumous letter from his mother, saying that if they die suddenly they’ve probably been murdered, Max is the one family member with the knowledge and resources to hunt down and punish the killer. Which he does, in a very surprising way. END_OF_DOCUMENT_TOKEN_TO_BE_REPLACED