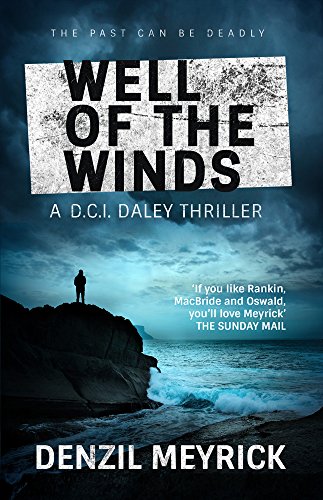 This is more like it. I was disappointed with Denzil Meyrick’s previous DCI Jim Daley novel, The Rat Stone Serenade (reviewed a little south of here). But Well of the Winds is (to my taste) a much better novel, showcasing the strengths of this engaging police series.

On the island of Gairsay, near Daley’s town of Kinloch, a Jewish family has lived for years. They came as refugees during World War II, and settled well into community life. But one day the mailman arrives to find them all vanished. Shortly afterward the body of the oldest of them, the grandmother, is found washed up on a beach in Ireland.

When Jim’s sergeant Brian Scott goes to investigate, he discovers a hidden cellar under the house – concealing a trove of old documents in German, apparently Nazi in orientation. Who were these people, really?

Although Special Branch and MI6 rush in to take over the investigation, Jim’s new superior, Superintendent Carrie Symington, insists that they carry on their own inquiries, in secret. Jim himself is contacted by a mysterious stranger, who gives him an old journal dating back to 1945. It was written by one of Jim’s predecessors in Kinloch, a detective named Urquhart who disappeared mysteriously in the wake of an unsolved murder. As Jim studies the journal, old secrets come to light.

Unlike the overblown and overcolored previous book in the series, Well of the Winds keeps the story smaller, simpler, and more local, as well as more character-driven. I liked it a lot, right up to the end, which was somewhat frustrating – but probably on purpose, to prime us for the next installment. Some skepticism about the European Union seems to be in evidence here, which doesn’t lose the book any points with me.

Recommended, with the usual cautions. 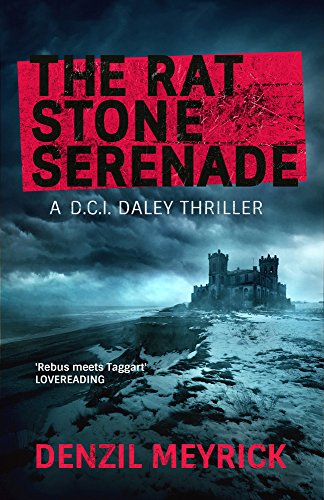 I’m quite enjoying Denzil Meyrick’s DCI Daley series of rural police procedurals. So I’m sorry to say that The Rat Stone Serenade was a little disappointing.

Our hero, Detective Chief Inspector Jim Daley, has decided to resign his post and leave police work altogether. It’s partly weariness after the mayhem he’s been witnessing, and partly because he’s grown desperately in love with a subordinate, Sergeant Mary Dunn (with whom he had an affair earlier), and he wants to save his shaky marriage for the sake of his baby son.

His final duty is to help with security for the Annual General Meeting of the Shannon Group, “the world’s largest corporation,” which sprang originally from an estate in a nearby town on the Kintyre Peninsula. Once a year the Shannon heirs and other corporate officers meet at the great manor house on the cliff. It’s a haunted place, cursed by a blacksmith from whom an ancestor stole the land, and by the mysterious, unsolved abduction of the heir apparent years ago, when he was a small boy.

What follows is kind of a mess, in my opinion. There are so many plots and counterplots going on, so many double-crosses, so many generational secrets to be revealed one after another, that it’s pretty much impossible to keep up. (Also there’s a convenient once-in-a-century snow storm to isolate most of the cast of characters. And a sinister ancient blood cult, in case things get dull.) I found it all pretty unconvincing.

And I didn’t care for the direction Daley’s relationship with Sergeant Mary took (although a surprise is coming there, too).

I like the series and plan to continue with it, but The Rat Stone Serenade was built a couple stories taller than building codes ought to allow.

Cautions for language and sexual situations.