Well, I couldn’t. And I guess it’s just as well. It was only 90 minutes, and that was long enough to put me off the series permanently. END_OF_DOCUMENT_TOKEN_TO_BE_REPLACED 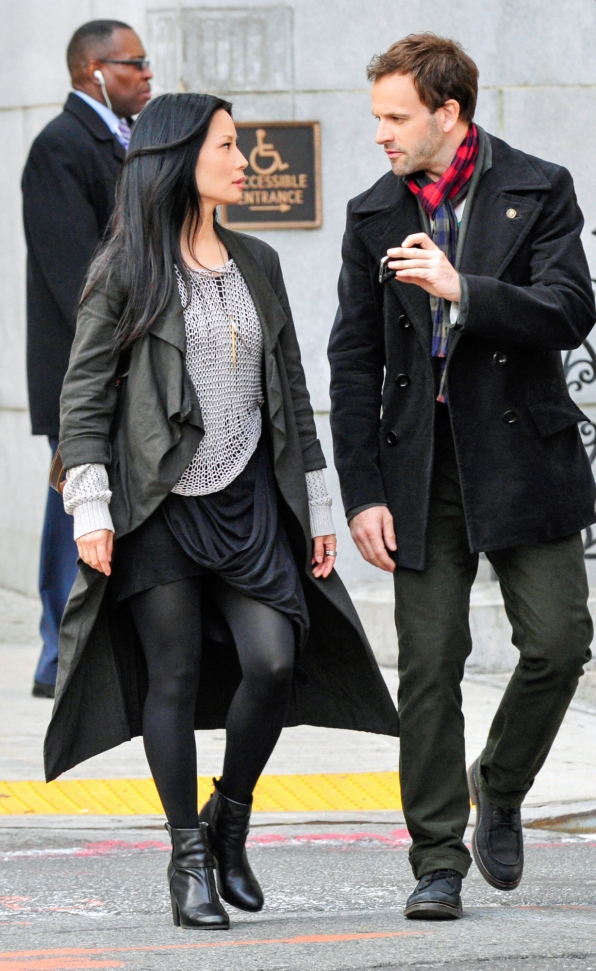 I ought to dislike the new CBS TV series, “Elementary” more than I do. Conan Doyle’s immortal character has recently been brilliantly updated by the BBC in the series “Sherlock,” which extracted the soul of the character with exacting precision and inlaid him in the 21st Century with barely a seam showing. This American version (starring Jonny Lee Miller) is far more ham-fisted. It takes an attitude to the source material closer to that of the recent Robert Downey films (which I did not like), except for the martial arts stuff, particularly in adding a grunge element which the original Holmes, a fastidious dresser, would have sniffed at. Nevertheless, I think it’s the very crudity of the adaptation that makes it watchable for me. I can never take this character seriously as Holmes, so I can watch him with amusement as a vaguely Holmes-like TV detective.

In this adaptation, the self-possessed, comfortably self-supporting character of the original stories is turned into a desperate drug addict who’d be living in an alley if his wealthy father (a character who never appears in Doyle) hadn’t hired Dr. Joan Watson (Lucy Liu) to be his companion and nursemaid in his exile in New York City. He worked as a police consultant in London before his breakdown, and in that capacity met Captain Tobias Gregson of the NYPD, who hires him for the same purpose here.

If you think the idea of casting a woman as Watson is fresh and edgy, well, it’s not. The idea was first bruited by Rex Stout to the Baker Street Irregulars (the foremost Sherlock Holmes fan group) back in the 1940s. It’s been done before too, both on film and on TV. Actually it would be a little surprising if they hadn’t cast a woman in the role. And if you’ve got to have a female Watson, Lucy Liu is always nice to look at.

As far as stories go, based on the two episodes I’ve watched, they seem to be adequate. Last night’s plot concerned bankers, which gave the writers the opportunity to have Holmes spout their favorite Occupy Wall Street talking points for them. But this Holmes is pretty deeply disturbed, so nothing he says not directly related to clues really needs to be taken seriously.

In brief, I don’t consider this Holmes a real Holmes in any meaningful sense. But once you’ve made peace with that, the show is watchable.

I was prepared to dislike the new BBC series Sherlock, broadcast on PBS, but to my surprise I quite liked it. The new Holmes operates as a police consultant in contemporary London. The police are suspicious of him (one accuses him of being a “psychopath,” to which he replies that he’s a high-functioning sociopath). He doesn’t wear a deerstalker or Inverness cape, but those costume elements have tended to be overused (and inappropriately used) in films and TV shows anyway. The modern world doesn’t allow him to smoke, so he relies on multiple nicotine patches when he needs to think out a problem. He does take drugs. The actor who plays him (one who rejoices in the name Benedict Cumberbatch) looks too young for the part, but has the attitude exactly right. END_OF_DOCUMENT_TOKEN_TO_BE_REPLACED