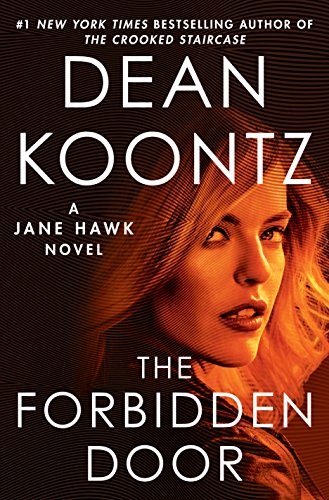 I’ll read pretty much anything Dean Koontz writes these days, and the Jane Hawk series definitely has an intriguing concept. But frankly, I think The Forbidden Door is an unnecessary book.

We continue the saga of Jane Hawk, former FBI agent who is all that stands between civilization and The Arcadians, a high-level conspiracy of elites who are gradually taking the country over through implanting nanomachines in people’s brains, turning them into slaves without free will. The Arcadians have already murdered her husband, and now they’ve turned Jane into the FBI’s most wanted criminal. Legal and extralegal resources are being marshaled to capture her. She hid her son Travis with friends, but now that hiding place has been discovered, and Travis is now staying with the most unlikely protector in the world – a brilliant agoraphobe who lives in a hidden bunker. If the Arcadians capture him, they’ll use him to bring Jane in.

I was interested to read The Forbidden Door, but I found it hard to read. Jane actually doesn’t do much in this story. Most of our time is spent either with her vile enemies, or with their victims or potential victims. The level of unease is high, and it’s not relieved as often as I would have liked.

I have a suspicion (probably wrong) that Koontz sketched this series out as a trilogy, and the publishers persuaded him to pad the story with one extra volume, to increase revenue. This book mostly represents that padding.

So I don’t recommend it highly, except in the sense that if you’re reading the whole series – which is worthwhile – you’ll probably need to read this one.