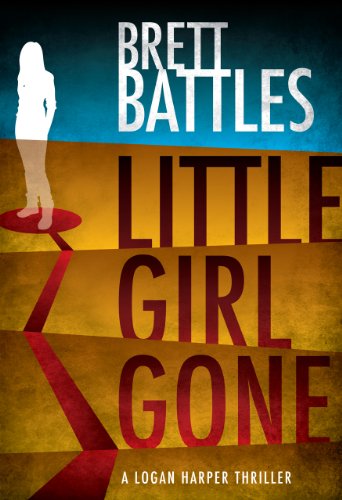 I’ve become a fan of thriller writer Brett Battles, especially his Jonathan Quinn novels. I get the impression that Little Girl Gone is an early novel, penned before he really found his narrative feet. It’s OK, but was not a grabber, for me.

Logan Harper works as a mechanic in his father’s garage, in his home town in California. Not so long ago he was a mercenary, working for a Blackwater-style military contracting company. But one awful day things went very wrong, and Logan’s best friend got killed. Logan was made the scapegoat. In the bad dreams that have tormented him ever since, he also blames himself. So he went home to lick his wounds.

One morning on his way to work he stops at the café run by “Tooney,” his father’s Burmese immigrant friend. Logan intervenes just in time to save Tooney from being murdered – but Tooney insists they mustn’t call the police. Eventually he learns the truth – Tooney’s granddaughter, a student, has been kidnapped by agents of the Myanmar government, who want to stop the girl’s mother from political activities. At his father’s request, Logan promises to bring the girl back. He doesn’t know at that point that this will involve traveling to Thailand and connecting with underground forces. But he’s made a promise, and he also needs to prove something to himself.

There was nothing really wrong about Little Girl Gone, but I didn’t find it compelling. The plot seemed artificial to me, and the characters were pretty black and white. Author Battles can do better, and has proved it since.

But it’s not a bad book. It’s lightweight. I can recommend it in a mild-mannered way. I don’t recall any seriously bad language or subject matter inappropriate for, say, teenage readers.