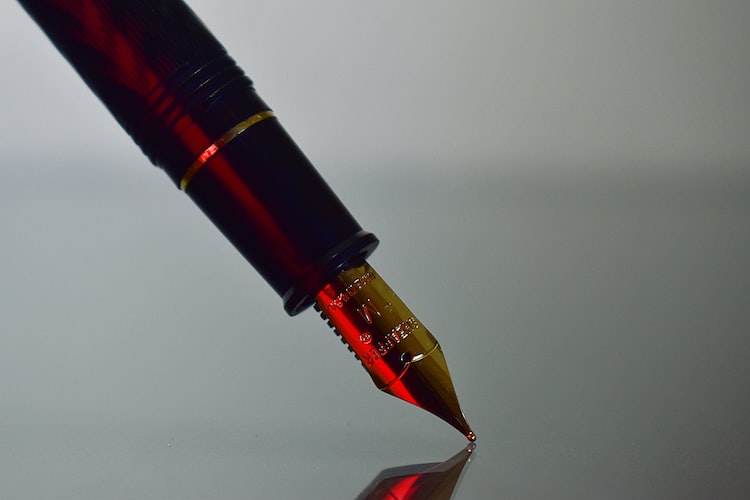 In an editorial decision that surprises me, the editors of Writer’s Digest magazine decided to make their November/December issue “the throwback issue.” They’re discussing old school writing approaches and techniques that might be useful even to what, in library school, they used to call “digital natives.” People who grew up in the digital world and take to it naturally, who’ve never struggled with a typewriter ribbon – or a dot matrix printer ribbon, for that matter.

In an article titled “The Pen Is Mightier (Than the Word Processor)” author Elizabeth Sims reports on her experiment in writing her way chronologically through writing technology. She started out trying to write with a reed pen (not very satisfactory), and then worked her way up through quills and steel pens and on to the manual typewriter. She was amazed to find that writing with a steel dip pen was very satisfying and conducive to creativity.

She may not know it, but C. S. Lewis held exactly the same view. He refused to use a typewriter, or even a fountain pen. He felt (and Sims echoes this) that the rhythm of periodically dipping one’s pen in the ink well imparts a quiet rhythm to the writing process, helping the ideas to flow.

Much as I enjoy any kind of retro affectation, I am a little skeptical. I think most people write best with the tools they’re accustomed to. The point is to use a technology you know well, unless you’re actively excited about adopting something new. The best writing tools are invisible – the writer doesn’t need to think about them. The action becomes habitual, as invisible to the user as the electrons running down his nerves from brain to fingertips.

I’m pretty sure the year was 1978 – or within a year of that one way or the other – that I first saw a newspaper (old technology right there) ad for a new writing system that involved a small (for the time) dedicated word processor, a screen, and a printer. I was amazed at the idea of having “plastic” text on a screen, which you could tweak to your heart’s content before committing it to the printer. That, I thought, is how writing ought to be done.

And I’m thankful every day for my word processor. I consider it a gift from God.

2 thoughts on “Writing in the past”