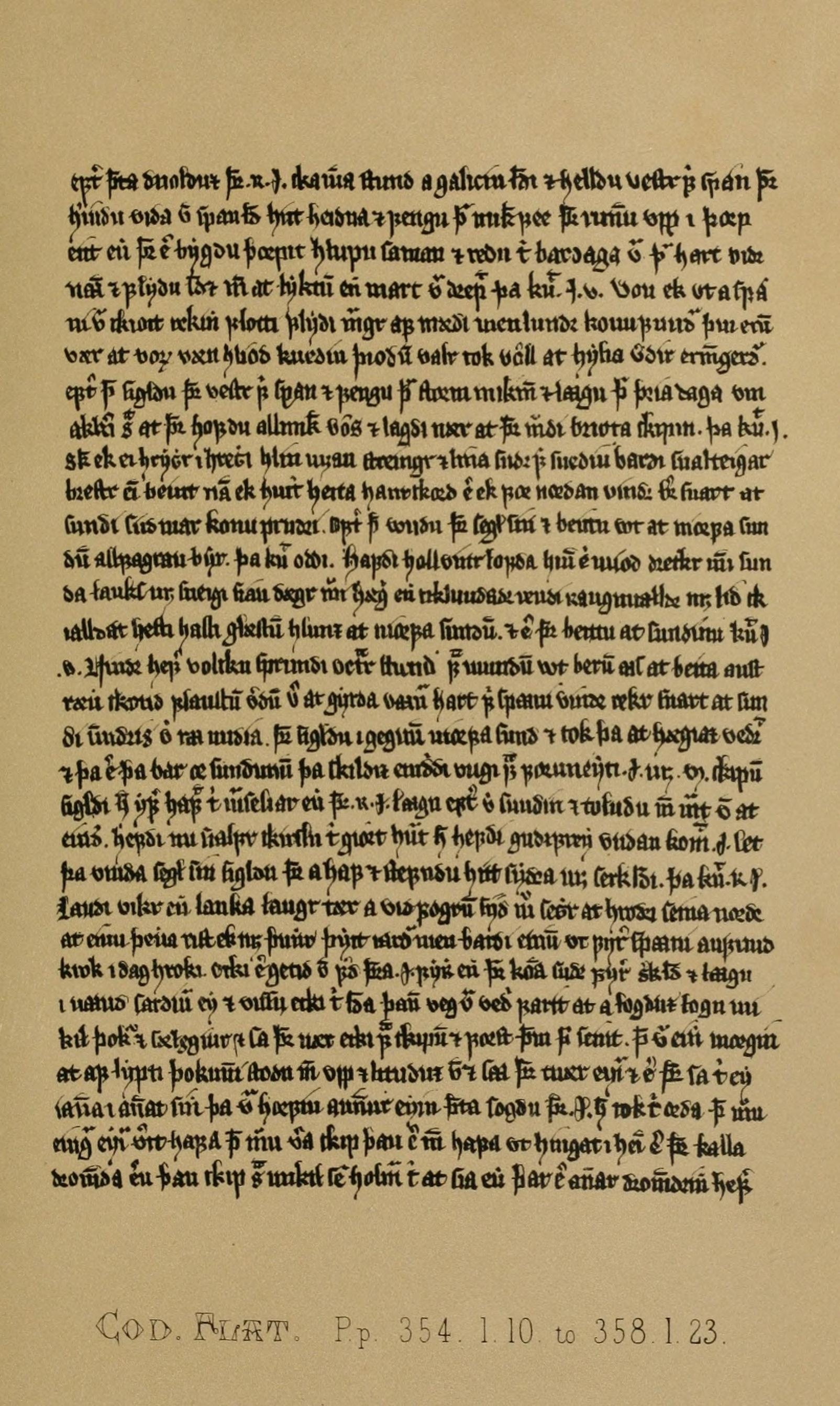 A page from the Flatey Book.

Therefore your end is on you,
Is on you and your kings,
Not for a fire in Ely fen,
Not that your gods are nine or ten,
But because it is only Christian men
Guard even heathen things.
–G. K. Chesterton, “The Ballad of the White Horse”

It’s pretty well known that Norse mythology is far better preserved than any other European pre-Christian mythology. This is largely because the great saga-writer and poet Snorri Sturlusson, a Christian, persuaded Icelandic churchmen that the old Norse Eddaic poetry was worth preserving, and that a knowledge of the old myths was necessary to preserve it.

In my translation work on the brochure I’m doing for the Flatey Book publication project, I learned about a further debt that Icelandic culture (including modern, reconstituted heathen culture) owes to the church.

Here’s an excerpt from Prof. Titlestad’s essay in the brochure:

In the farthest north of Iceland, at Hólar in Skagafjord, dwelt the mathematician, cartographer, culture-builder and bishop Guðbrandur Þorlaksson (1541-1627). He was the first to draw a good map of Iceland. He had a printing press at his disposal and published/edited 80 books. A graduate of the University of Copenhagen, he was the first to publish extracts of the Bible in Icelandic. In this way he established a more secure basis for a national language than Norwegians possessed – they had to get along for centuries in Danish.

It’s often stated that modern Icelandic is the same language spoken by the Vikings. That’s only approximately true — the language has changed a little. But it’s close enough for general purposes. If Jarl Haakon, who time-travels to the 21st Century in my novel Death’s Doors, showed up instead in Reykjavik, he’d get along fine making himself understood.

But the reason that old language was preserved in its early form, as we see above, is because a Christian bishop wanted to have portions of the Bible printed in Icelandic.

2 thoughts on “Heathen? Thank a Christian.”