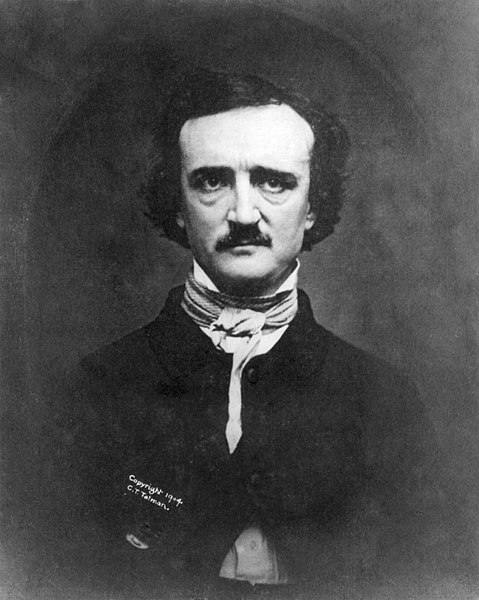 A book I’ve had for many years is Louis Untermeyer’s A Concise Treasury of Great Poems, English and American, published in paperback in 1958. In his introduction to Edgar Allan Poe, Untermeyer notes, “The quality of his gift as well as the tragedy of his life is indicated in the words of Sir Francis Bacon which are on the Poe Memorial Gate at West Point: ‘There is no exquisite beauty without some strangeness in the proportion.'”

Oddly enough, that gate is not mentioned in Atlas Obscura’s list of 10 Places That Rejected Poe in Life but Celebrate Him in Death.”

Edgar Allan Poe pioneered a distinctly American brand of gothic horror and romanticism, and introduced the short story to the literary tradition. Yet throughout his career he never received much fame or money. “The Raven” was his best-known work, for which he was paid $9. Poe spent his life traveling up and down the Atlantic coast, working odd jobs and performing parlor readings to make ends meet, going from one failed relationship to the next. He ultimately died with no family, raving mad in the streets of Baltimore.

As if in an attempt to rectify Poe’s lack of success, numerous locations of import during his lifetime have been posthumously dedicated to him, or at least honor his presence there. Here are 10 places in the Atlas that trace the footsteps of America’s master of macabre.

One thought on “Nevermore to forget…”