Film critic Steven D. Greydanus talks about animated movies in light of Disney’s latest release, Moana. He points to many examples of children following their hearts or a variation thereof in defiance of their parents. “In each case, the child defies the ultimatum — and here’s the crucial bit: In the end, the child’s aspirations are vindicated, leading not only to a paternal change of heart, but to a revolutionary breakthrough in the social status quo.”

Back in 2010, Greydanus identified this trend and labeled it “Junior Knows Best.”

A common note in these stories is parental caution: concern for limits and boundaries which children must break through. The caution nearly always runs the same way; we don’t get stories of parents encouraging cautious children to face their fears. Nor (Cloudy With Meatballs aside) do we get stories in which parental cautions turn out to be warranted. The parents are always the cautious ones — and they’re always wrong.

John Mark Reynolds reviews Disney’s new movie, Queen of Katwe, which has many great things going for it, except that the “based on a true story” part can’t find a way to articulate the Christian motives of its characters.

Anybody want to bet whether a Ugandan evangelical ministry ever talks about Jesus? Why is this offensive? . . . Disney shows that it can get Uganda sort-of-right, but Uganda’s pervasive Christianity must be minimized. We should ask: “Why?”

Steven Greydanus isn’t quite ready to say that Pixar has lost its heart or forgotten its vision, but he describes what he calls the three ages of the company, centered around their relationship with Disney.

Those two years between 2004 and 2006, when Pixar hoped to break with Disney and go in a new direction, turned out to be a crucial transitional period. In 2005 Brad Bird (The Incredibles) took over development on Ratatouille, and Pete Docter (Monsters, Inc.) began writing Up. Andrew Stanton (Finding Nemo), who had been developing Wall-E since 1994, worked on the project throughout this period.

These three films — Ratatouille, Wall-E, and Up, released from 2007 to 2009 — were all vitally shaped during that transitional two-year period when people at Pixar were thinking about life after Disney. And it shows. There is a special quality to these films that makes them different from anything before and almost anything since — an audacious, outside-the-box, un-Disney-like quality that defies all expectations for a Hollywood family film.

Gregory Wolfe observes how many tributes to Ray Bradbury praise his humane vision of the world, and he asks, “In order to have a humane vision, do you have to have an understanding of what constitutes humanness?” He says he did. From one of Bradbury’s stories, “We lost our faith and went around wondering what life was for. If art was no more than a frustrated outflinging of desire, if religion was no more than self-delusion, what good was life? Faith had always given us answers to all things. But it all went down the drain with Freud and Darwin. We were and still are a lost people.” (via Prufrock)

I wonder what the author would have said about Faber’s book of loss and strange new things, in which a missionary to an alien world called Oasis discovers another missionary has preceded him. The Book of Strange New Things

is World Magazine’s fiction book of the year.

Below is the Ray Bradbury Tree in Disneyland’s Frontierland, inspired by his novel, The Halloween Tree

, and decorated for the season. Bradbury loved Disneyland and even helped design some of the attractions, notably Spaceship Earth in Epcot. 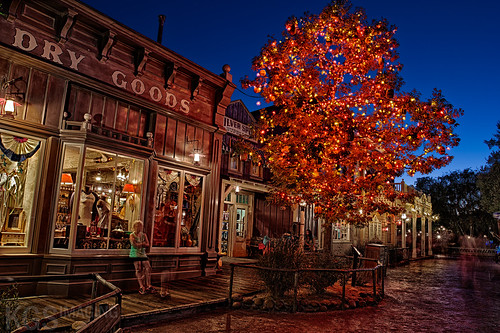 Disney’s Phineas and Ferb is a terrific cartoon and tonight it will air its final show. Luke Harrington eulogizes it. “Don’t waste your time. The day is a gift. Create something. It’s such a wide-eyed and pure message that it almost feels out of place in contemporary animation, and I can’t help but think that might be part of why it took co-creators Dan Povenmire and Jeff “Swampy” Marsh the better part of 16 years to sell a studio on the concept.”

Phineas and Ferb could never be more relevant

If they could think it, they could do it, and everything turned to gold in their hands. Summer belonged to them as their creative domain. Luke sees their almost endless hope as good material for hoping in Christ. 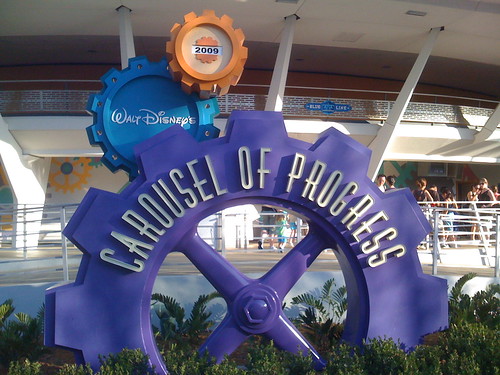 Matthew Murphy paid attention the last time he rode Disney’s Carousel of Progress, and he noticed something more than the air-conditioning.

Through the miracle of YouTube, I have now watched all of the three film adaptations of Russell Thorndike’s Doctor Syn novels, while through the magic of Kindle I’ve read all the novels except for The Courageous Exploits of Doctor Syn, which isn’t yet available in a digital edition. What follows is a guide, from one viewer/reader to another, to this interesting, sometimes exciting, sometimes aggravating adventure series about a vicar in a small town on the Kentish coast who is secretly a former pirate captain, and who runs an efficient – often ruthless – smuggling operation, riding by night in the costume of a ghostly scarecrow.

The author, Russell Thorndike, was an accomplished actor (Dame Sybil Thorndike was his sister, and you can still see him in small parts in several of Laurence Olivier’s Shakespearean movies) but his great love was writing. He authored a one-off novel about smugglers called Doctor Syn: A Smuggler Tale of the Romney Marsh in 1915, and was surprised to find its central character become far more popular than he’d ever anticipated.

The first film version of any of the books was a 1937 English production starring the actor George Arliss in his final role. This one was called Doctor Syn and was based on Thorndike’s novel of the same name. Arliss was about 70 when he played this role, which is too old for the part, and he functions more as a mastermind than an adventurer here. END_OF_DOCUMENT_TOKEN_TO_BE_REPLACED