Today was an unusual day, but not a bad one (which was fairly surprising. To me, it’s an axiom that Change is Bad).

I had to take a half vacation day, because it was the seasonal feast of the Sacred HVAC Inspection. The spirit of Natural Gas must be appeased, lest he smite the firstborn (that’s me) with carbon monoxide poisoning. Because this solemnity requires carving out a whole afternoon for the sake of about a half an hour of actual service, I figured I could do some writing. Somewhat to my surprise, I did.

My latest book is a challenge. I don’t know if I just got out of the habit of novel writing during my 2 ½ year detour Through the Looking Glass (i.e., in academia), or if I’m just getting old, my eye dimmed and my natural force abated.

But this week has been good. I’m facing one of those plot intervals that I hate. You’ve got a Big Event coming up (in this case an actual historical event that I can’t move around), and a space of time to fill leading up to it. Various plot threads need to be developed in that space, but it’s like building a bridge across a broad canyon – there’s a big space to fill and not a whole lot of attachment points.

But I’ve been working manfully on bridging that space this week, and – not easily, but steadily – I’ve been making progress. “Having once got my method by the end,” as John Bunyan said, “then ever as I pulled, it came.” The pulling can be hard, but the story is coming. And I think some of the stuff isn’t bad.

I’ve got a long way to go, though. 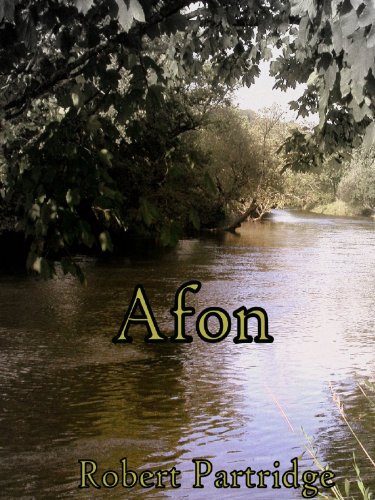 He had forgotten, too, the pain of this [writing] – the pain of dragging this thing out of oneself, the birth of a reluctant child that would much rather go on growing inside than be forced out screaming into the light of day and the fear of examination. He had forgotten the monstrous ego that was needed to push the creation out into the world, with all its mess and suffering. He had forgotten.

I’ve been praising Peter Grainger’s DC Smith novels in this space. On noodling around for further information about the author (who seems to wish to be a man of mystery), I discovered that “Peter Grainger” is a pen name. More than that, the author had earlier written (under the name Robert Partridge) some literary novels, one of which – Afon – starred a character named Peter Grainger, who was a novelist.

Messing with our heads, in other words.

So I bought Afon. It’s pretty good. Not my cuppa tea, but a well-written novel.

Peter Grainger is in his 40s. Long ago he wrote a first novel that got a lot of recognition, and then he lost his nerve and wrote no more. Now he’s quit a teaching job, which he hated. He has some money left from a divorce settlement, so he decides to take a lease on a cottage on an estate called Afon, in a remote valley in Wales. He will try and write another novel. If he fails, at least he’ll know he made the attempt.

He meets the elderly landowner and his much younger wife. He learns to fly fish. He makes an enemy of the estate’s brutal gamekeeper, agonizes over his feelings for two different women (both married), and after a struggle produces a new book.

Afon abounds in lovely descriptions of the natural beauty of Wales, and in perceptive dramatizations of the writing process. The ending is kind of ambiguous, the sort of thing you expect in a literary novel – which is one of the reasons I generally avoid literary novels.

But it’s pretty good. Not much obscenity here, though the bonds of marriage take a beating. Recommended, if you like this sort of thing.

Why do so many bestselling novels have “girl” in their title? Maybe it was inspired by Larsson’s “The Girl with the Dragon Tattoo” and such. But author Emily St. John Mandel says the trend in titles started before Larsson’s books were released. Perhaps it’s a natural phenomenon. Mandel notes this interesting data point: